Program to teach about ‘unpacking inequality’

An upcoming event at California State University, Sacramento will offer participants a chance to learn about “decolonizing education.”

A flier of the event obtained by The College Fix advertises that it will be put on by the school’s Task Force for Center on Race, Immigration and Social Justice on Thursday of this week. The focus of the event is “Unpacking Inequality Along the Educational Pipeline.” 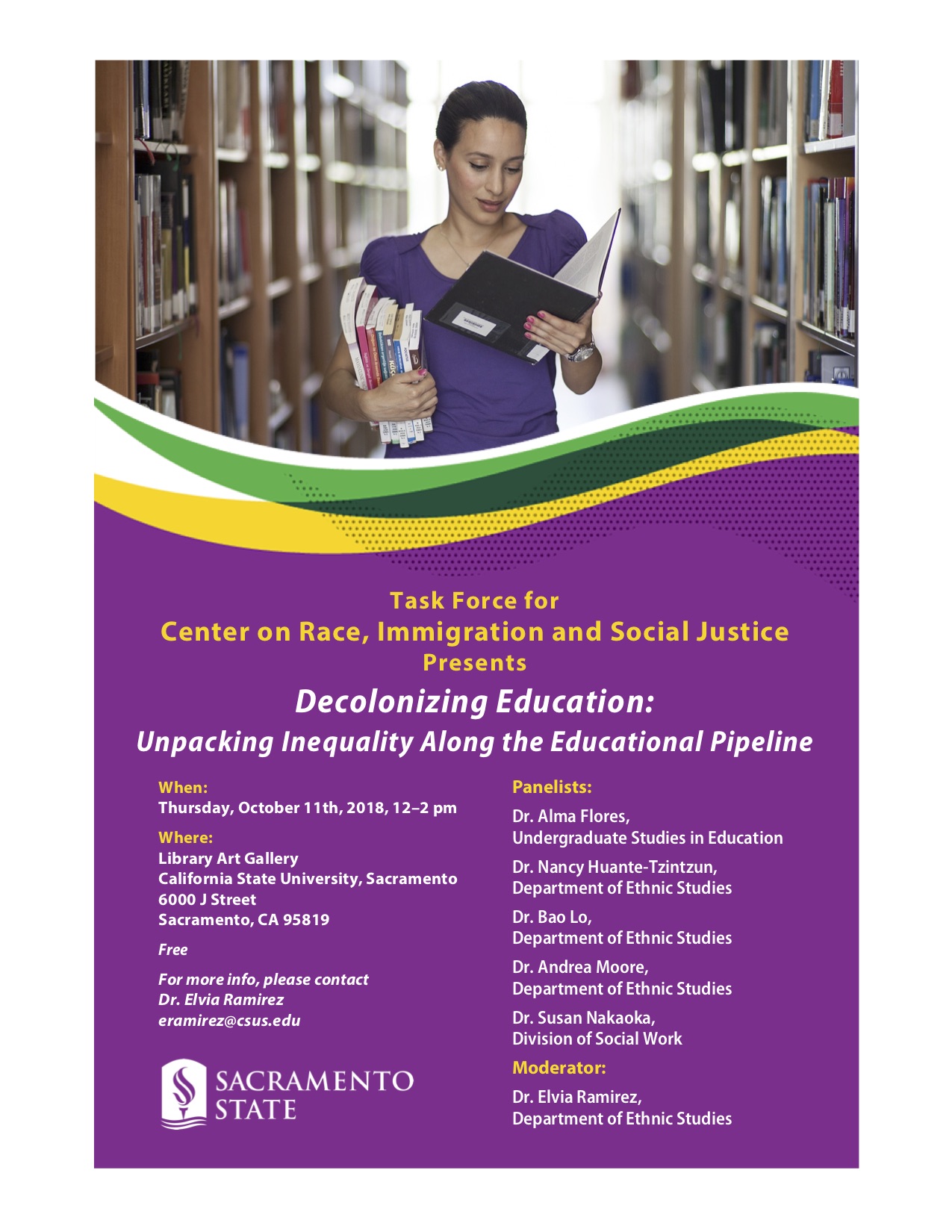 The specific content of the event is unclear. There appears to be no public listing for the event on the university’s website. The event’s contact, Elvia Ramirez, did not immediately respond to The College Fix’s query on Tuesday afternoon.

The “Task Force for Center on Race, Immigration and Social Justice” appears to have been established relatively recently. In his “Fall Address” in August of this year, Sacramento State’s President Robert Nelsen told the university about “a group from Social Sciences and Interdisciplinary Studies [that] has been working on establishing a Center on Race, Immigration, and Social Justice. This Center will be multidisciplinary and dedicated to the cross-fertilization of ideas and solutions.”

Nelsen said the Center “has the chance to heal Sacramento and to help fulfill Sacramento State’s obligations to the city and the region as an Anchor University.”

The task force has been around since at least April; earlier this year it organized a forum titled: “Promoting Social Justice: Challenging Exclusion and Removals in the United States.” Among its offerings, that symposium featured a presentation called “Criminalized but Resilient: Latinx Undocumented Immigrants Fighting for Social Justice.”