To ‘provide equity for students of historically oppressed communities’

According to The Daily Forty-Niner, “dozens of students” and members of the California Faculty Association eventually got a meeting with President Jane Close Conoley to hash out plans for a new six-story facility which “provides equity for students of historically oppressed communities.”

Currently, plans are for existing student cultural centers to locate to the basement of the campus library. The OHOS said in a statement that a move to “the most hidden depths of the campus is visually and physically unsettling” and cited concerns over asbestos. 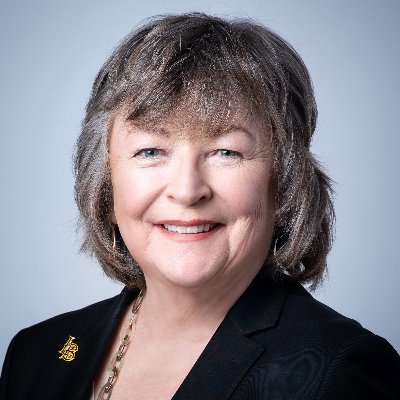 Conoley said she was fine with the idea but added “we’d have to figure out how to […] where to get the money.”

[Conoley] said finding the funds and getting approval from the Board of Trustees needed to be taken into consideration, especially with plans to rebuild Peterson Hall already underway.

“It takes two years for a building to go up once ground is broken,” said Beth Lesen, vice president of student affairs. “It takes a year to design, and however long to approve.”

The student leaders asked to have a “solidified response in writing” to OHOS from Conoley and her team by Oct. 3, promising to work on a plan for this new building.

Conoley said it was difficult to have a plan ready in five days, listing all the people and departments she would need to contact first. The leaders bargained to give the president and her team until Oct. 10 for a detailed plan on moving forward and asked to at least have something in writing by Oct. 3.

Due to a prior appointment, Conoley had to leave the impromptu confab with the Organization of Historically Oppressed Students after just 45 minutes — which cheesed the Black Student Union’s Keith Claybrook: “You leaving, in my perspective, looks bad.”

But in the meantime, Student Affairs VP Lesen welcomed the idea offered by Queer Student Alliance President Alfredo Heredia to temporarily house the multiculti center at the Nugget, a campus eatery.