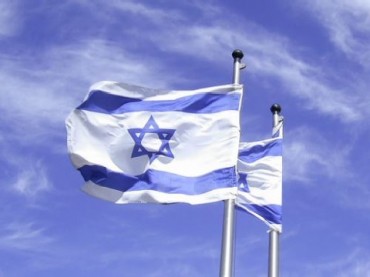 As reported yesterday, two College Democrats of America social media coordinators went after a pro-Israel member of the group on a Facebook thread.

Today, one of those two — Evan Goldstein — has resigned his position. Aaron Robinow has the CDA statement:

“Evan Goldstein has resigned from his position as a member of the CDA communications team. In a recent Facebook exchange between Evan and two other individuals (who have not held positions in CDA for some time) Evan made inflammatory comments regarding Israel and Palestine. His positions do not reflect the position of our organization. CDA does not take a position on this issue. We support open dialogue on all issues – free from incendiary and harsh language. We expect our communications team to exercise judgment in their social media posts. CDA is committed to making sure situations like this do not occur going forward.”

The other CDA social media guy is Chris Woodside (who, as noted in the CDA statement,  hasn’t had a position with the organization in a while). He compared Israel to Nazi Germany and said Israeli PM Netanyahu was “perpetuating genocide.”

Robinow notes in his article that “it was never [his] intention to cause the resignation of Goldstein.” His aim was to demonstrate “the far-left anti-Israel ideology that has permeated into the College Democrats of America.”

UPDATE:  I e-mailed the CDA to get some clarification on the status of Chris Woodside since, as noted, he has “not held [a] position in CDA for some time” … yet Aaron Robinow had reported he was a social media coordinator for the group. The CDA responds:

Chris Woodside is an officer with the DC Federation of College Democrats (communications director). This organization represents College Dems at Georgetown, George Washington Univ., American U, Catholic Univ. (where Chris attends), Trinity Washington Univ., Univ. of the District of Columbia, and Howard.

The CDA also notes that Woodside has not resigned due to the Facebook incident.