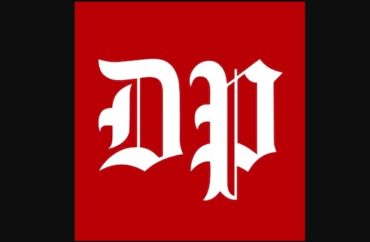 The University of Pennsylvania student paper is at it again, taking sides in the quite legitimate debate over transgender swimmer Lia Thomas’ participation in sporting events.

According to The Daily Pennsylvanian, groups such as Concerned Women for America and Save Women’s Sports on Thursday protested Thomas’ appearance at the NCAA Women’s Swimming Championships held at Georgia Tech.

Selected speakers “proceeded to champion transphobic rhetoric,” Parks and Tran continue, and protesters “alleged” that trans women threaten the sanctity of women’s sports. Some had “invalidated” Thomas’ gender identity by “misgendering” and “deadnaming” her.

“What I see [are] grown adults coming to a college campus and bullying a woman who’s trying to compete in the sport which they have no association with,” said one Georgia Tech student. “Why are these people who are not qualified to talk about this coming to our campus and disturbing our peace?”

Avery Quick, a Georgia Tech student, said that she was just walking to class when she encountered the protest. Her frustration at the situation motivated her to counter several of the protestors’ arguments — engaging in lengthy debates with them where she defended Thomas’ right to swim.

“It’s so f***ing annoying,” Quick told the DP. “We’re proud to have the amazing center that we do — we always have swimmers come here for competitions. It sucks that it is not a safe place for her.” …

Students added that while they were open to respectful discourse on contentious topics, the behavior of some of the protestors and the manner in which the protest was conducted made them feel unsafe.

“We don’t want to like necessarily curtail their freedoms. We just want to provide a counter-narrative and like make a lot of people to know that real Georgia Tech students want to feel safe,” Naiki Kaffezakis, the president of the Grad Pride organization at Georgia Tech, told the DP.

Quick also said she was “upset” at Georgia’s “Save Girls Sports Act,” which would forbid trans women from participating in women’s sports, as well as neighboring Florida’s so-called “Don’t Say Gay” bill which, she alleged, would “ban classroom discussion of LGBTQ+ issues.” (It does, but only for grades K-3.)

A month ago, the D.P. said that the UPenn women’s swimming team had offered its “full support” to Thomas — without noting that “support” was anonymous and only represented “several” members of the team.

Thomas won the 500-yard freestyle event on Thursday, beating 2021 Olympic silver medalist Emma Weyant of the University of Virginia. On Friday, Thomas tied for fifth in the 200-yard freestyle.

Thomas will compete in the 100-yard freestyle event on Saturday.