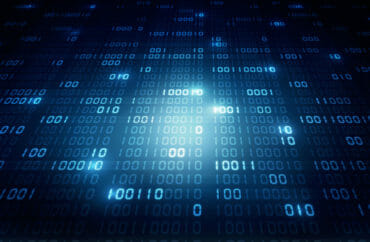 A law enforcement registry is under creation by a team of University of Southern California scholars that will make officer misconduct information publicly available.

Professor Erroll Southers is the co-founder of the Law Enforcement Work Inquiry System, or LEWIS registry, which will compile a number of publicly available data points on officer misconduct.

The registry’s creators say it will combat trends identified in 2020 research published in the Yale Law Journal which found that terminated officers often travel to other police departments and repeat improper conduct.

“This is addressing the foundation of police misconduct which is the culture,” Southers told The College Fix via email on Monday. “Culture change only occurs when you focus on the human element.”

Southers is a former FBI agent and also worked as a police officer in Santa Monica for seven years.

The registry is under construction. Beta testing will commence in the fall and should go live by 2022, Southers told The Fix.

“LEWIS will become a unified national database that documents all police officers who were terminated or resigned due to misconduct, including excessive use of force, corruption, violent extremism, domestic violence, sexual assault, physical assault and harassment, perjury, falsifying a police report, and planting or destroying evidence,” USC’s website states.

Numerous police officials did not respond to repeated requests for comment from The College Fix to express their thoughts on the database, including LAPD and the Fraternal Order of Police Foundation and several professors of criminal justice.

Southers said law enforcement has been generally receptive to the project.

“[C]hiefs of police across the country have been supportive stating they do not want officers fired for misconduct working for them,” he told The Fix.

The new USC initiative is a product of the school’s Safe Communities Institute, of which Southers is director. It will be funded through sponsorship of citizens and organizations, as well as police department subscriptions, according to a USC Q&A with Southers.

“Nothing about LEWIS will compromise the safety of former officers or their families,” Southers said in the Q&A. “The only data added into the registry is information that is already public. We draw from court records, police notices, news reports and other open sources.”

In an article posted to USC News, Southers said that the registry was launched strategically to coincide with the one-year anniversary of the death of George Floyd.

“The timing is absolutely connected,” Southers said in the article. “I grew up in an era when there were no cellphones, as a person of color subjected to police misconduct and abuse. You know, the only time my mother ever cursed, was when she called the police department after I had gotten harassed walking down the street with some friends and the desk sergeant told her it didn’t happen.”

“That was largely the motivation for me becoming an officer,” he continued. “After it happened several times, my father said to me, ‘You can’t change the castle from outside the moat.’ I decided to become an officer to be part of that change I wanted to see.”

Southers, in his comments to USC News, said the registry does not amount to cancel culture and has support from both political parties.