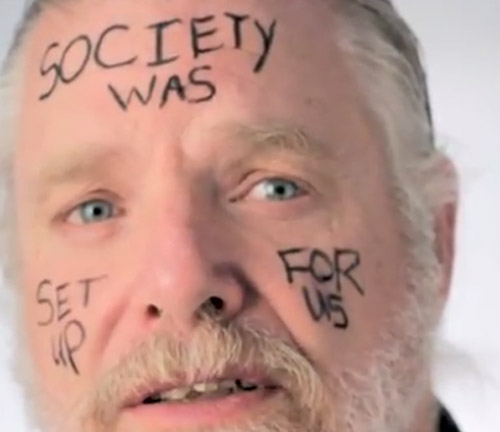 Students at the private University of Southern California spent the evening of 9/11 at an action-packed workshop held at the “Ground Zero” theater during which they talked about how oppressive and unsafe they think their campus is, called campus police officers racist and white males “privileged,” and celebrated transgenderism.

Busy night at the “Plug-In” workshop.

Accusations that the Los Angeles Police Department is filled racists who target black USC students surfaced in May, when apparently some students didn’t like that the department sent 80 cops to break up a rowdy house party. On Wednesday night, students turned their attention on USC’s campus police, the Department of Public Safety.

“I feel more safe off of campus than on campus,” said De’Ron Marques, a senior majoring in public relations, according to an article in The Daily Trojan. “Being a black student at USC, I fear DPS, I fear not being able to get onto campus at night. We are few and far between. I feel like I’m not welcome here.”

“The events were mostly white, and I didn’t see many DPS officers,” freshman Katrina Miller was quoted as saying about Welcome Week in August. “But when I went to my first black event, and I saw like five USC officers, I questioned, ‘Are you serious?’ I couldn’t believe DPS always came to black events.”

The white man, legal American residents, and people who like to work out at the gym didn’t fare so well at the workshop either.

“Leaders began by asking what traits belong to the term ‘privilege,'” the Daily Trojan reports. “Student responses included terms such as males, whites, able-bodied, educated, fit, conventionally attractive and citizens. Leaders then asked what terms were associated with the word ‘oppressed.’ Students responded with queer, black, lesbian, Muslim, incarcerated and veterans, among others.”

The campus newspaper added: “The objective of this exercise was to inform people that everyone has multiple identities and that a person can’t feel safe unless every element of one’s identity is respected.”

Right on cue, talk of transgenderism entered the mix.

“The gender workshop also focused on issues relating to gender identity, and discussed the terms of gender, cisgender, transgender and preferred gender pronoun, as well as questions of sex and sexuality,” the Daily Trojan reported. “ ‘I am cisgender and privileged: I have the ability to walk through the world and blend in without being pointed at, laughed at and stared at,’ moderator Melissa Villafranco said.”

So the average woman is also privileged. Sheesh, no one gets a break.

For those of you who have not kept up with the latest politically correct terminology, “cisgender” means “someone who identifies as they gender/sex they were assigned at birth,” according to the Queer dictionary.

“Plug-in is meant to give USC students the tools to be activists in their everyday lives in small ways, especially in language and in conversations with other USC students, to give them the ability to stand up for themselves and for other marginalized groups effectively, and not feel silenced by comments that they hear,” co-organizer Taylor Markey told the Daily Trojan.

Just another day in the life on campus, folks.

By the way, at last year’s Plug-In, also held on 9/11, they held a moment of silence – but not to honor the fallen, or even America.

“It’s kind of about working past isolationist fears as a community and as a nation,” student organizers of last year’s event told The Daily Trojan about the moment of silence.

Wednesday’s article did not mention if another 9/11 moment of silence took place at this year’s event.