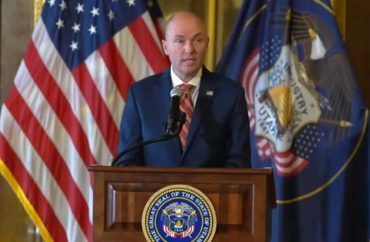 ‘Instead of focusing on demonstrated competence, the focus too often has been on a piece of paper,’ Utah governor says

Utah will no longer require a bachelor’s degree for about 98 percent of its civil servant jobs, according to a recent decision by the state’s Republican governor.

“The state executive branch has 1,080 different classified jobs. Of those, 98% – or 1,058 – do not require a degree,” according to a news release shared with The College Fix by Governor Spencer Cox ‘s media team. “Instead, the state’s hiring managers and hiring committees consider comparable experience as equal to educational qualifications at every step in the evaluation and recruiting process.”

The College Fix reached out on December 16 to Emma Williams, Cox’s public information officer, to ask whether the governor expects a reduction in degree-seeking high school students as a result of the policy and whether it expects other Utah government entities to advance similar initiatives. Williams responded by directing The Fix to the governor’s December 13 news release.

“Degrees have become a blanketed barrier-to-entry in too many jobs,” Cox (pictured) stated in the release. “Instead of focusing on demonstrated competence, the focus too often has been on a piece of paper. We are changing that.”

The governor also highlighted the need for more state-sponsored apprenticeships and on-the-job training programs as alternatives to traditional four-year degrees during his press conference on December 13. His administration will support private sector efforts with taxpayer dollars.

State funds will be used to “reimburse employers who cover customized training” and to support “apprenticeship programs in functional areas such as IT, healthcare, electrical, and others,” Cox said.

One human resources staffer at a Utah community college told The Fix that she thinks removing degree barriers is a positive idea.

“Overall, employers that are able to remove barriers to broaden searches, diversify talent pools, and address hiring needs is a great idea,” Lauren Erlacher, a recruitment manager at Salt Lake City Community College, told The Fix over email on December 20.

“I believe higher education prepares students for finding careers, but as a manager in Talent Acquisition, I also believe in opening up job opportunities and identifying the qualifications a position needs to be successful, whether it’s education, skills or experience,” Erlacher stated.

This is not the first state to take the step of reducing degree requirements for state positions.

Maryland Governor Larry Hogan, also a Republican, announced in March that he would lift the four-year degree requirement to apply for thousands of state jobs as part of a “first-in-the-nation workforce development initiative,” The Fix reported.

Hogan stated the Maryland government will work with partners to recruit candidates “skilled through alternative routes,” such as community college, military training, apprenticeships, or, most commonly, on-the-job learning, according to the news release.

Additionally, bachelor’s degrees have become optional for more jobs across industries nationwide, a development driven by high labor demand and more alternatives, according to a labor research think tank.

“After a sustained period of degree inflation, employers’ demand for bachelor’s and post-graduate degrees is starting to decrease perceptibly,” according to a report issued this year by the Burning Glass Institute. 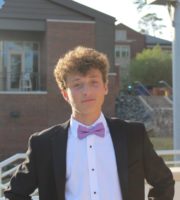