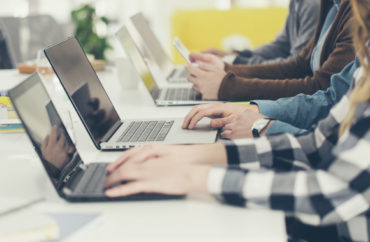 The “Ram Attend” program, announced earlier this month on VCU’s website, “compares wifi connection logs with student class schedule information to automatically verify class attendance.” The program, which is limited to a small number of entry-level courses, is part of an effort at “ensuring student success,” according to the university.

The pilot is being rolled out in three entry-level “UNIV” courses. These classes are part of the school’s core curriculum taken by every freshman and sophomore in the university .

Reached via email, campus spokesman Mike Porter told The Fix that the university is “interested in improving student success” and that “studies have shown that attendance contributes to student success.” He said the program launched on Nov. 8, and that the students in the relevant courses were notified of the new policy.

Asked if the school plans to expand the program to additional courses outside of the UNIV classes, Porter indicated the possibility. “VCU needs to evaluate the results of the pilot and engage with the campus community before deciding whether to expand the effort,” he said.

Students were able to opt out of program up until yesterday

The school lists numerous “frequently asked questions” about the program on its website. Many of the answers have been either revised or added following the initiative’s launch.

Students were permitted to opt out of the program up until yesterday, Nov. 21, according to the website.

The website also states that the data gathered by the pilot program will eventually be used in “de-identified” form to “improve other areas of student success, such as increased student retention, graduation and reduced time to degree.” The school said more details on its additional use of data will be shared following this semester.

Not all responses to the program have been positive. An article in the student newspaper The Commonwealth Times detailed several complaints from students and university affiliates.

Erin White, a digital engagement staffer at the university’s Cabell Library, posted on Twitter that “[VCU] librarians are NOT about it, nor are many students and faculty.” Another student wrote: “I think that’s a v[ery] slippery slope…Not okay with that.”

One student tweeted that the university “started tracking us october 1st without telling us.” That information conflicts directly with the claim by Mike Porter, the spokesman, that the school began the program on Nov. 8.

That student did not respond to a Twitter message on Thursday morning requesting more information. Reached via email, Porter disputed that claim.

“That is not correct. The Ram Attend pilot launched on November 8 when students in the three Focused Inquiry courses received an email which explained the program and gave them an opportunity to opt out,” he said.

As of Thursday evening, the student had deleted the tweet.

A local news report from WFXR showed numerous students professing to be uncomfortable with the plan. One interviewee claimed that there is “kind of like a resistance” brewing around the new policy.

MORE: School forces students to wear Fitbits, punishes them for not exercising