A school principal in Vermont has been placed on leave, and likely will not be brought back, due to making allegedly “insanely tone-deaf” comments on Facebook about Black Lives Matter.

On Friday, the Mount Ascutney School District Board voted unanimously to suspend (with pay) Tiffany Riley, according to VTDigger. Board Chair Elizabeth Burrows said “We do not intend to hire her back […] we wanted to make sure we acted as quickly as we possibly could.”

Sounds very serious. So what did Riley say that was so incredibly offensive? This:

I firmly believe that Black Lives Matter, but I DO NOT agree with the coercive measures taken to get to this point across; some of which are falsified in an attempt to prove a point. While I want to get behind BLM, I do not think people should be made to feel they have to choose black race over human race. While I understand the urgency to feel compelled to advocate for black lives, what about our fellow law enforcement? What about all others who advocate for and demand equity for all? Just because I don’t walk around with a BLM sign should not mean I am a racist.

According to Valley News, Riley has been principal at the Windsor School since 2015. Her remarks led to “outrage” in the community and to calls for her resignation. 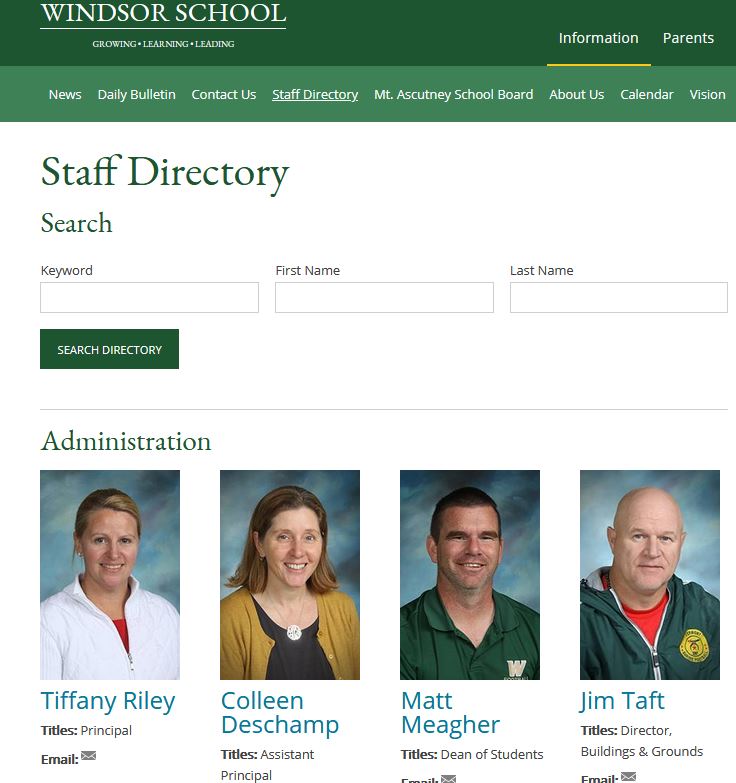 Superintendent David Baker said the district will work to create a “mutually agreed upon severance package” with Riley.

“[Board members] don’t see any way that she’s going to go forward as the principal of that building given those comments and that statement,” Baker said Friday afternoon. “It’s clear that the community has lost faith in her ability to lead.”

From the Valley News story:

Baker said he received about a dozen letters from community members and parents expressing concern over Riley’s post. At first, he assumed her account had been hacked.

“I felt like a post like that, with those kinds of racial overtones and what I define as pretty much outright racist in my values system, she would have never posted that,” Baker said, adding that he later confirmed Riley wrote the post.

Among the letter writers were 12 members of the Class of 2020, who signed a joint letter calling on the district to take action. …

“We have to take this watershed moment and really start to make some serious plans going forward,” Baker said.

In response to that last statement, Windsor Selectboard member Amanda Smith offered a few ideas that schools could take on over the summer. These include “installing a Black Lives Matter flag, creating multicultural components to all classes and providing staff with information about combating racism.”

She also would like to see a “restorative justice program” implemented to help students “overcome racist beliefs.”

Superintendent Baker’s response: “We are all over it.”

Baker noted he had asked Riley “multiple times” to remove her Facebook comments and had offered to work with her to “craft an apology and retraction.” Instead, Riley made another post stating she “unintentionally offended” people, and followed up with an email to Baker and the school board noting her post had been “twisted” and “taken completely out of context.”

“I have been accused of being racist for not hoisting a BLM flag, ridiculed for not attending a BLM rally that the Rockwoods organized last Sunday and accused of being a poor leader and role model,” Riley’s email said.

Jared Carter, a law professor at Vermont Law School, said ousting Riley over political commentary is a violation of the First Amendment: “I think there are serious concerns when the state takes action against somebody for what is essentially political commentary and political speech in the context of what’s obviously a contemporary political issue.”

According to the Windsor School website, the district’s educational “vision” is “to honor, encourage, and celebrate the excellence, diversity, and aspirations of each learner through creative and motivating challenges.”

But as is too often the case in modern academia, “diversity” does not include diversity of opinion.