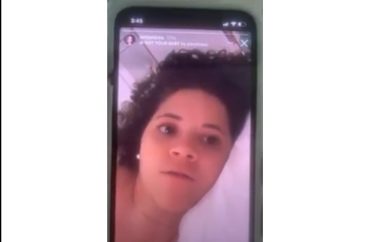 A law student at the University of Miami can be seen on an Instagram video saying she “hate[s] white people,” but the university refuses to comment on the issue.

Furthermore, one student, who asked to remain anonymous, told The College Fix that several students have filed complaints with the university about her language but the university has ignored those concerns.

“And yes it is, but these are some strong ass stories I heard. And until I can figure out how to reconcile that in my head, and in my heart, I hate white people,” Gary said.

Gary is the president of the Black Law Students Association at the private university, according to her LinkedIn page. She is also a member of OUTLaw, an LGBT law student group, and served as the chief of staff to the Student Bar Association last school year. She is also the writing editor for the Race & Social Justice Law Review at the university.

Gary did not respond to two emailed requests for comment from The College Fix in the past two weeks. The Fix shared with Gary a copy of the video to ask for confirmation if it was her and asked if she could provide comment and context behind what she said.

Gary attends the university with assistance from a scholarship from the Miami-Dade Florida Association for Women Lawyers.

The Fix shared the video with Ardith Bronson, the president of the group, and asked her for comment on the video and the scholarship awarded to Gary. Bronson did not respond to two emailed requests for comment in the past week. 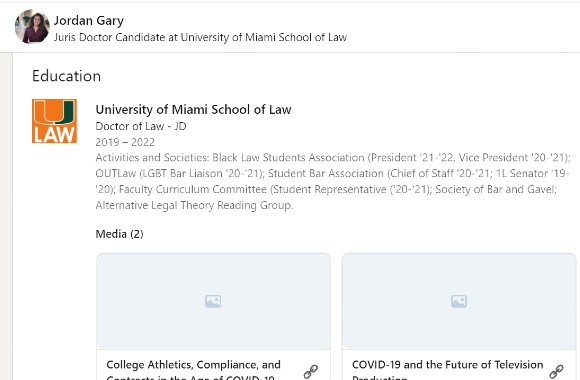 Officials with the University of Miami Law School have remained equally silent on the video and complaints about Gary’s conduct.

The College Fix did not receive a response from Catherine Skipp, the law school’s media director, after multiple emailed requests within the past week. The Fix asked if the university had a comment on the video, as well as information on the university’s policy for use of racist language by students.

Miami Law School Dean Anthony Varona also did not respond to multiple email requests from The Fix in the past week asking what the university’s policy on racist language is and for comment on the video.

Varona previously forced out a law professor, Dan Ravicher, after the conservative professor made comments about voting patterns of different racial minority groups and urged gun ownership in the wake of President Joe Biden’s election.

Even after the complaints had been reported to the law school, its own Instagram page shared a social media post from the campus Black Law Students Association that celebrated Gary’s election to the group’s board. 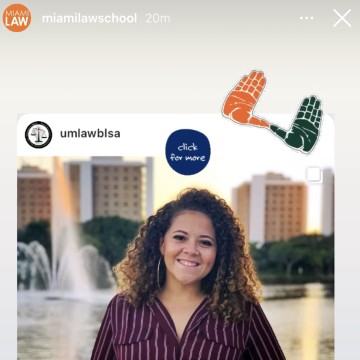 The Fix has been shown at least one Honor Code complaint made against Gary. A person familiar with the situation told The Fix that at least five students filed complaints against Gary, but to this person’s knowledge, nothing has been done by the school.

The Fix reviewed one of the complaints and it showed that Dean Janet Stearns has seen the complaint, but Stearns response did not indicate that she planned to take any particular action.

Stearns did not respond to an emailed request for comment on the video on Tuesday morning.

University officials did not respond to other complaints by students and did not answer a follow-up email asking if Gary would be investigated, according to the person who spoke to The College Fix about the situation.