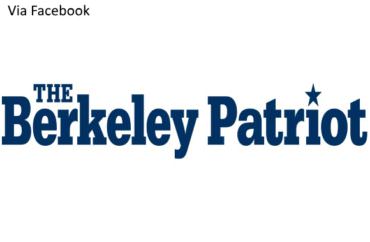 BERKELEY, Calif. – It was supposed to be the Lollapalooza of free speech. It turned out to be barely a blip on the radar.

And as the dust settles on the Free Speech Week that wasn’t at UC Berkeley, there’s still tensions, frustrations and accusations that linger, including a civil rights complaint filed with the U.S. Department of Justice by student organizers. Meanwhile, student organizers have pledged to regroup and plan new events.

Wright and members of the Berkeley Patriot helped plan the event. If you ask him, blame for the event’s epic collapse, canceled a day before it was slated to unfold in late September with a host of high profile conservative speakers, can be traced back to administrators, who bureaucratically tied their hands to stifle it into cancellation, or at least not happen in its original form.

He said the administration “made a concerted effort to try destroy me and the members of my organization.”

“We didn’t have any choice. We had to pull out, but people don’t really care. They want their pound of flesh,” Wright told The College Fix in a recent interview at his Berkeley apartment.

Wright didn’t say what role, if any, Milo Yiannopoulos played in the decision to cancel.

Yiannopoulos, who had also been helping to plan the event, has since been accused by campus leaders of organizing what amounted to the most expensive photo-op ever, appearing on campus briefly on Sept. 24 for about 20 minutes while a phalanx of law enforcement kept the peace at a cost of $800,000.

Dan Mogulof, spokesman for UC Berkeley, also denies Wright’s claims, and told The College Fix officials bent over backward to make the event work. He also provided The Fix with a stack of emails to illustrate administrators’ attempts to work with the group.

“Over the course of eight weeks, the university expended an enormous amount of staff time and energy trying to help a very small student group take on the very large challenges of organizing four days of events, supposedly involving more than 20 speakers, at numerous venues, in the middle of a campus of 50,000 people,” Mogulof told The Fix. “No one prevented the group from signing the attached contract before its initial deadline. But, the student organization did not. And, let’s be clear, if they had all of the pieces would have been in place. The university then extended the contractual deadline twice. No one forced the student organization to miss those deadlines as well.”

Nevertheless, the Berkeley Patriot’s attorney, Marguerite Melo, has filed a complaint with the Justice Department over the Free Speech Week events and said a second is pending.

The first complaint, mailed Sept. 19, accuses the UC Berkeley administration of viewpoint discrimination and asks the department to launch an investigation into whether the members’ civil rights were violated. The second regards whistleblower retaliation stemming from the first complaint and is likely to be sent in soon, Melo said on Monday.

Mogulof told The College Fix the university will cooperate with the feds if an investigation is opened, saying officials have “nothing to hide and everything to gain from scrutiny” of its record.

“Here’s a thought experience: Why would the university keep extending missed deadlines if it didn’t want to the student organization to succeed in its efforts,” Mogulof said. “We had every ability to cut the whole venue rental process off in mid-August, but we kept giving them more chances.”

“We’re not intimidated by the administration,” Jandhyala said during demonstrations held on campus last week. 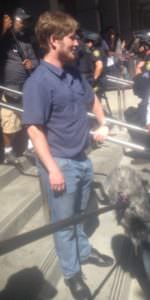 The brainchild of Wright (pictured), the Berkeley Patriot came into fruition over the spring and summer. Developed as a right-of-center campus publication, Wright envisioned the organization as being akin to conservative news outlets such as The Claremont Independent at the Claremont Colleges or The Dartmouth Review at Dartmouth College.

“We wanted to cover news on campus. There’s a lot of things going on at Berkeley that people across the country are interested in,” Wright said.

As the organization was developed, the idea of “Free Speech Week” came about. For the newly created group, it was both an opportunity to make a splash on campus and bring a host of conservative speakers to Berkeley, including three — David Horowitz, Ann Coulter and Milo Yiannopoulos — who all had scheduled talks at UC Berkeley canceled earlier this year.

“It was just something where we had the opportunity to bring back all the speakers that weren’t able to speak so we thought it’d be a great opportunity to kind of get our name out there and have the event too,” Wright said.

It eventually became what Wright called a “distraction,” and now, after the Free Speech Week failure, Wright said he wants to see the group return to its original mission.

“We are going to try and go back to our goal of putting out news and doing reporting,” he said.

As it returns to its original goal, the Berkeley Patriot is expected to receive help from Yiannopoulos. The right-wing gadfly said he pledged $10,000 to provide “a really solid footing for the next few years” and help the publication get off the ground.

Jandhyala, a sophomore, said lessons were learned during the Free Speech Week failure and added the organization now knows the “tricks” the UC Berkeley administration uses.

He said members of the Berkeley Patriot are “still regrouping” and are waiting for things to settle down regarding Free Speech Week before moving forward. He said there may be some restructuring of the group needed.

“When you’re the leader of an organization and you take a hit like this, people look for somebody to blame and they’re going to find me,” said Wright.

With only a few more months left at UC Berkeley (he graduates in December), Wright said he hopes his original concept for the Berkeley Patriot is around in the future.

“My goal was always to lay the groundwork for an institution that could be here and be a conservative voice on campus and be something that could provide information people all over the country could be interested in because Berkeley is just so unique,” he said.