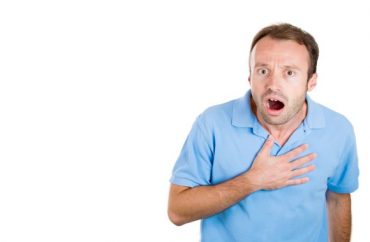 A Washington State University student took it upon himself to disassemble an approved pro-life display set up on campus — because he determined it was a “social injustice.”

According to The Daily Evergreen, volunteers from the Students for Life at WSU set up a “Cemetery of the Innocent” last Wednesday – 300 crosses representing the approximately 3,000 babies aborted each day in the US.

The display greatly upset Keaton Aspell, who had just gotten out of his 10:30 class.

“I walked down through the grass and turned,” Aspell said. “Then I saw the signs and my jaw dropped.

“I was like, ‘this is disgusting.’ I don’t think it creates any type of unity. I think it just causes divisiveness and they are just pushing their religious agenda and it really made me angry.”

Aspell is from Canada, you see, where there is no First Amendment. There are so-called “human rights” tribunals, however.

Aspell said he tore down the crosses and threw the signs away. He said he then posted on his Twitter and Facebook about what he did.

“The responses I got were ‘thank you for doing it,’ ‘I really appreciate this,’ and ‘that’s disgusting what they are doing’,” he said.

Students for Life members later returned and set the display back up, after which Aspell returned and started taking them down again.

“I called the police when the angry student came back and claimed that he had taken them down the first time and was angry that he had to take them down again,” said Nicole Manzione, a Students for Life member. “We tried to have a good conversation with him, calm and civil, and he just kept taking them down no matter what we said.”

People started to come and support the removal of the crosses and signs. Among them was WSU student Alexis StClair

“To us, seeing this and walking by is harmful,” StClair said. “If I were a person that had an abortion and I saw this, I would be heartbroken.”

In an interview with The Tab, Aspell said:

From a lot of girls, I’ve gotten personal messages and I’ve heard a lot of their stories and how they were afraid to stand up, how thankful they are for a guy to stand up for them. I guess it’s really rare – I didn’t realize how rare it was. From the other side, the head of the College Republicans made a YouTube video trashing me and his supporters have been messaging me, making threatening comments. But I’ve tried to ignore it – threats are only threats from the internet, right?

Would you do it again?

In a heartbeat. Since I did it, I’ve gotten messages from girls who feel victimized by this. It makes me feel like I was doing the right thing. I was raised by a very feminist mother who taught me to respect women and that women were equal and have their own rights. I saw social injustice and saw people being attacked and I didn’t like it.

Would you recommend other guys to do this?

I pray that other guys do the same thing. A lot of girls might afraid to step up, it might be understandable because the backlash I’ve gotten from guys – I couldn’t imagine being a girl and getting threats from guys telling me they’re going to come to my house and “talk” to me.

There’s no word on whether Aspell faces any charges for his actions. The Daily Evergreen notes the officer who arrived at the scene merely “mediated the dispute.”

In the comment section of the Evergreen article, Aspell further explains away what he did: He felt the cross display “did not educate people about abortion,” and “was more of an attack on women who have had abortions.”

Responding to a comment that he would soon face a “media firestorm,” Aspell said “can’t wait.”