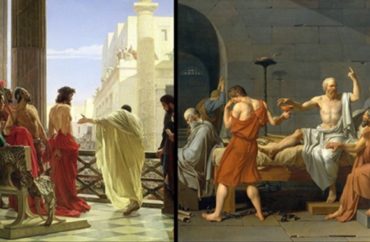 Students, as paying customers, can set the university bureaucracy in motion and effect powerful changes with a mere claim of offense. But the freedom to cause necessary discomfort with difficult ideas is crucial to learning and to freedom — colleges should protect it, not punish those accused of it.

The professor was fired, in short, because a single student had claimed she was offended.

Colleges want to save students, their customers, from the pain of offense. Their ideal of academic life is something like a pleasure cruise, where everyone is satiated and no one experiences discomfort.

Unfortunately, some pain, and particularly the sting of being offended, is often required for learning and moral progress.

“Giving offense has been the main driver of change over (at least) the last millennium,” Michael Bruce wrote last week in an op-ed in Carolina Journal. “Our society has gotten to the point it is at today because individuals thumbed their noses at the norms and orthodoxies of their day.”

Bruce offered examples of famous offenders who initiated change for the better: Copernicus offended a scientific and religious establishment when he claimed the earth was not at the center of the universe, suffragettes antagonized authorities when they demanded the right to vote, and Rosa Parks offended Jim Crow America when she refused to give up her seat at the front of the bus.

Even more, Socrates and Jesus, the great heroes of Western civilization, famously triggered the powerful. Anyone who doesn’t know what happened next should look it up; I won’t say “no offense.”

Socrates said that he is one who “attaches himself to the city as a gadfly to a horse, which, though large and well bred, is sluggish on account of his size and needs to be aroused by stinging,” according to Plato’s “Apology.”

“I think the god fastened me upon the city in some such capacity, and I go about arousing and urging and reproaching each one of you, constantly alighting upon you everywhere the whole day long.”

Bruce wrote that the “right to be offensive, which has been affirmed to us as citizens by various Supreme Court cases, is increasingly being portrayed as a thorn in the side of modern society; as if the only thing stopping us from achieving an idyllic society is our individual right to give offense.”

“It is time that that misconception comes to an end and we start to view this inalienable right for what it really is: the heart and soul of the First Amendment.”

Gratuitous offense — that which serves no purpose but cruelty, such as insults or slurs — has no place on campus. But disagreement or bafflement on issues of the greatest importance is often connected to one’s emotions and thus prompts a feeling of offense. Unfortunately, that feeling is sometimes necessary to learn the most important lessons.

The Foundation for Individual Rights and Expression and other invaluable organizations work daily to protect our First Amendment right to say things that may cause discomfort. Colleges should join them in affirming this right.

If we are to welcome those who emulate Jesus and Socrates, we need to make room for those cause necessary offense in seeking freedom, justice and the truth.