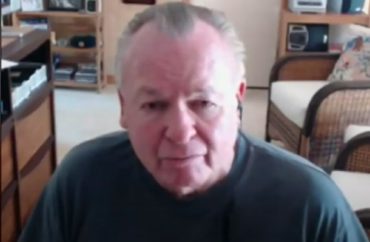 The woke agenda is destroying the tradition of “Duty, Honor, Country” at West Point Military Academy and replaced it with “Diversity, Equity, Inclusion,” according to an alumnus.

Major General Paul Vallely, a graduate of the renowned military academy, discussed his fight against the spread of leftist ideology at his alma mater in a recent interview with The College Fix.

Vallely (pictured) said that he received several complaints from cadets that “there wasn’t real teaching going on in some of the social science departments; that they were receiving this mandatory indoctrination on CRT, leftist ideology.”

However, CRT isn’t the only problem according to Vallely, a Vietnam War veteran and former deputy commanding general for the US Army Pacific.

The retired military officer said that mandatory vaccinations, the exclusion of conservative guest speakers and racial preferences in the admissions process have been active policies of the current leaders of West Point.

“They were requiring mandatory vaccinations and booster shots of all the cadets where they would not be accepted in the first place or would be released,” he told The Fix. “No conservative speakers were invited over the past year and a half. Almost every speaker was a leftist whose ideology was liberal and progressive.”

West Point’s media relations team did not respond to requests for comment on Vallely’s complaints sent in the past three weeks.

“They are bringing people in based on diversity rather than their skills to be a future officer of the American Army… You should accept based on ability and skill,” he told The Fix.

The military officer said cadets informed him of these problems at his 50th West Point class of 1962 reunion in May 2022. To address the concerns, he established a group with other graduates seeking to defend the traditional values of his alma mater.

The major general told The College Fix about the recent letter that he and his fellow alumni, Thomas McInerney and Andrew O’Meara sent on June 24 to the Superintendent of USMA.

“We really put a focus on what was happening to our young cadets,” he said.

The letter, titled “Declaration of Betrayal of West Point and the Long Gray Line,” addressed the problems brought forth by the cadets and specifically asks for the justification behind mandatory vaccines and an explanation for teaching CRT despite its conflicts with the U.S. Constitution.

In a previous letter, sent on May 24, the concerned graduates condemned CRT for redefining the purpose of military service.

“By forcing the military to undergo liberal socialist indoctrination, they sever the linkage between US military service and support for the Constitution…Critical Race Theory brands the founders as evil, the Constitution as illegitimate,” the letter stated.

University leaders “should be strictly focusing on training soldiers and not social policies such a critical race theory,” Vallely told The Fix.

He shared in a follow-up email with The Fix that the “Concerned Graduates” are now challenging the Association of Graduates) to be more than a fundraising organization for the Superintendent’s wishes.

Instead, they hope that fellow graduates will represent the concerns of the Long Gray Line and the tradition and mission of West Point.