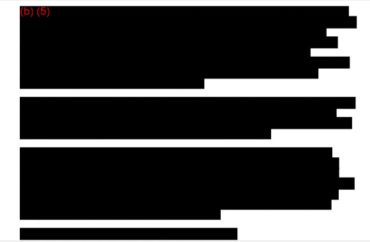 The College Fix recently received more than 50 pages of emails from the United States Military Academy at West Point –15 months after a student reporter filed a public records request.

Many of the pages were blacked out with the exception of several articles included in the communications or the initial greeting or ending. The redactions on the initial request were done by The Fix to protect the mailing address of former student reporter and current Fox News employee Ashley Carnahan, who filed it.

The June 21, 2021 request asked for six months worth of emails to and from West Point Superintendent Darryl Williams for messages that contained the words “critical race,” “critical race theory,” “systemic racism” or “CRT.”

Even the redacted emails reveal requests for assistance in June 2021 with processing what apparently was an overwhelming number of Freedom of Information Act requests for information on CRT at the U.S. Army officer school.

West Point staff mobilized to respond to criticism from Congressman

In April, May and June of that year, Congressman Mike Waltz raised concerns publicly about the use of CRT at West Point. He filed a request for information in April 2021, according to his office.

“Sir, I hope you are having a great weekend! I apologize for emailing you on a Saturday and I want to state up front no need to respond,” a May 8, 2021 email stated. “I just thought you would appreciate some follow on to our discussion yesterday concerning Critical Race Theory. In particular [redacted] , and I have been talking at length on this topic and out of those conversations are a few worthy nuggets.”

“Darryl: Let’s discuss soonest on the approach to answering the RFIs. This is important for our Academy to get this right. Mark,” an email about three hours later from someone named Mark Lewis stated.

A number of the received emails were duplicative – sometimes public records requests will include an email on a thread each time it is fulfilled, meaning that an initial email could be included multiple times any time a subsequent response is added to the response.

A separate public records request sent by Judicial Watch yielded over 600 pages of documents which showed the military academy pushed CRT in its trainings.