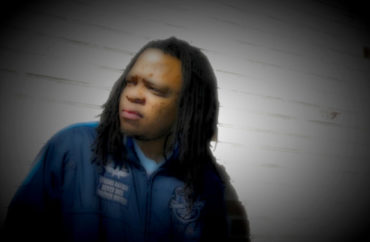 “Whenever a man does a thoroughly stupid thing, it is always from the noblest motives,” wrote Oscar Wilde in The Picture of Dorian Gray.

This is a truism that should be emblazoned in granite over the front doors of Wisconsin’s Madison West High School, which has recently become a national laughingstock for its unbending application of a rule governing the language that can be used by employees.*

Last week, school security guard Marlon Anderson was confronted by some young African-American students who, according to Anderson, began repeatedly calling him a “bitch ass n—a.” Anderson, who himself is black, responded to the students by saying, “do not call me n—a.”

Anderson said the assistant principal, Jennifer Talarczyk, was present and did not try to help him get the students to stop calling him the slur, which other administrators have done in the past.

The school quickly fired Anderson, a 48-year old married father of three, for using the “n-word” when defending himself against the students’ verbal attack. According to the school’s zero-tolerance language policy, context didn’t matter – if he said it, he was out of a job.

“As you know, our expectation when it comes to racial slurs is very clear,” wrote the school’s principal, Karen Boran, in an e-mail to parents the next day. “Regardless of context of circumstance, racial slurs are not acceptable in our schools,” Boran wrote.

Anderson’s firing reveals the lunacy of zero-tolerance language policies. The 11-year employee of the school district was actually telling students not to use the word, not using it proactively to cause any harm. He was simply defending himself against a verbal assault and trying to teach the kids a lesson in the process.

Of course, the use of any racial slur should be discouraged – but context matters. And in this case, it is everything.

On Thursday, I posted a few tweets about the Madison West imbroglio, thinking some fellow Madison residents might be interested. Within hours, thousands of Twitter users all over the country had weighed in on Anderson’s behalf – social media users of all colors, nationalities, and ideologies recognized the absurdity of the school’s actions.

Pulitzer Prize-winning author David Maraniss, himself a Madison West alumnus, said via Twitter if Anderson’s story was accurate, it was “ridiculous and irrational and utterly wrong.”

Madison, of course, is one of the most progressive cities in America, and the school board is equally steeped in the liberalism of its citizens. It is only in an ideological bubble so divorced from reality that a school would think it is combating racism by firing a black security guard who was merely defending himself.

But the Madison school board, facing a recent influx of African-American students from larger cities, has shown itself completely incapable of navigating the complicated waters of race. In 2014, when faced with the fact that black students were being suspended more often than white students, the district instituted a new behavior plan that eliminated suspensions altogether.

Ironically, the district claimed its ban on suspensions was an end to zero-tolerance discipline policies. But instead, schools became “full-tolerance” zones for horrifying student behavior. The students, now knowing they couldn’t be suspended, began terrorizing classrooms, swearing at teachers, and disrupting other students.

And, in some cases, directing racial slurs at security guards.

Nonetheless, the most progressive board members acted as if nothing was wrong.

“I think the word ‘disruptive’ has become a racialized term in our district,” said board member Ali Muldrow earlier this year. “It’s used in a way that excludes kids of color from education,” said Muldrow, who is African-American.

The language policy and suspension ban share one very important characteristic: They both absolve district bureaucrats of the burden of applying context and making decisions. District administrators do not want to open up the possibility that there are gray areas, most likely to protect themselves from litigation.

These are similar to the cowardly policies America has seen applied in its universities, where professors are suspended or fired for discussing the “n-word” in classroom settings, if they are teaching Mark Twain, James Baldwin, or others. Linguist John McWhorter, for instance, has defended white academics who simply refer to the word instead of actually using the word to refer to African-Americans.

On Thursday, Anderson announced he will be filing an appeal to try to get his job back. Typically such appeals take between three and six months.

The district issued its own statement from the board president saying they “plan to review our approach, the underlying policies, and examine them with a racial equity lens understanding that universal policies can often deepen inequities.”

Instead of pushing more lefty doublespeak, the district should end this charade and rehire Anderson immediately. Until they do, they’ll be so unpopular the only spokesperson they’ll be able to hire will be LeBron James.