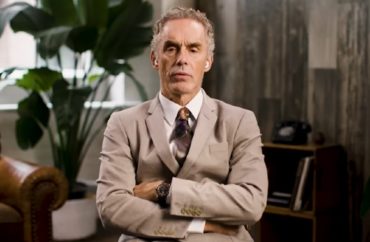 ‘I have formally indicated my refusal to comply’

Psychologist and social commentator Jordan Peterson has no plans to submit himself to “mandatory social media communication training” for sharing his political views on social media and on Joe Rogan’s podcast.

The popular speaker, who rose to fame for rejecting mandatory preferred pronouns as a professor at the University of Toronto, shared a letter he received from the Ontario College of Psychologists that demanded he undergo re-education due to his Twitter commentary.

Other complaints centered on comments he made on Rogan’s popular podcast, including criticism of climate science.

The organization oversees the regulation and licensing of psychology professionals in the province of Ontario. It did not respond to a January 17 request for comment from The College Fix about the sanctions Peterson faces as well as what the specific social media guidelines are for its members.

The Fix also asked if the organization regularly scans social media to see members are complying with certain guidelines.

“I have formally indicated my refusal to comply,” Peterson announced on Jan. 4, along with a copy of the letter he received from the regulatory body.

BREAKING: the Ontario College of Psychologists @CPOntario has demanded that I submit myself to mandatory social-media communication retraining with their experts for, among other crimes, retweeting @PierrePoilievre and criticizing @JustinTrudeau and his political allies.

“The Ontario College of Psychologists has demanded I submit myself to mandatory social-media communication retraining with their experts for, among other crimes, retweeting Pierre Poilievre and criticizing [Prime Minister] Justin Trudeau and his political allies,” Peterson announced the day before.

Poilievre is the leader of the Conservative Party, Canada’s primary political opposition to Trudeau’s Liberal Party.

The College Fix reached out to Peterson for further comment on the demands against him but has not received a response.

When asked about details regarding the situation, the CPO told Global News that “the College is not authorized to discuss this matter” due to confidentiality laws.

None of the complaints against Peterson involve criticism from his actual clients.

“I have been accused of harming people,” Peterson noted in a Twitter thread. “None of the complainants involved in the current action were clients of mine, past or present, or were even acquainted with any of my clients.”

Here’s the last page of the required “undertaking.” pic.twitter.com/svwbDveMz8

Additionally, Peterson recently made public new parts of the CPO’s investigation of him by sharing a Google Drive document that contained parts of the investigation, complaints, and more relevant correspondence between him and the CPO.

Tweets criticizing and insulting Canadian politicians and ex-politicians such as Trudeau ally Gerald Butts and transgender Ottawa mayoral-candidate Catherine McKenney were included in the complaints and reports by the CPO.

Peterson, while on Rogan’s podcast, criticized Butts, calling him a “stunningly corrupt and incendiary fool.” In another tweet he called Butts a “prik.”

Peterson’s tweet where he called Trudeau a “puppet” were also included in the complaints.

In an opinion piece published Jan. 4 in the National Post, Peterson explained his side of the story further.

“The Ontario College of Psychologists has levied a multitude of such lawsuits against me since my rise to public prominence six years ago,” he wrote.

Peterson then noted not a single complaint was made to the CPO against him prior to his “rise to public prominence.”

“I should also point out that the steps already taken constitute the second most serious possible response to my transgressions on the part of the college,” Peterson wrote. “I have been placed in the category of repeat offender, with high risk of further repetition.” 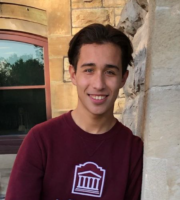