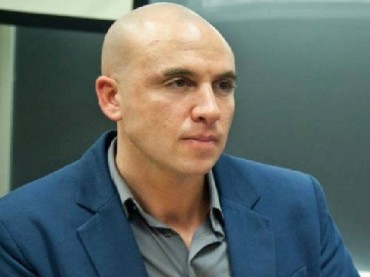 A group of students at Brown University recently rallied against a guest lecture by an Israel Defense Forces veteran, an outcry that was encouraged and endorsed by the Ivy League institution’s president.

The protest marked the second time this school year Brown students have challenged the very presence of a visiting speaker with whom they disagree.

In November, a talk by former New York City Police Department Commissioner Raymond Kelly was scrapped after protesters continually shouted out and interrupted him, and earlier this month a large group of students rallied against the visit by Sgt. Benjamin Anthony, a veteran and reservist in the Israel Defense Forces.

Anthony was on hand to share his experience as an Israeli soldier, but a cadre of about 70 students protested not only his April 2 talk, but his invitation to speak on campus, the Brown Daily Herald reported. What’s more, Brown President Christina Paxson – addressing grumbling around campus prior to the sergeant’s visit – encouraged students to mount the protest.

Paxson’s letter expressed concern about calls for Brown University to exercise censorship and limit free speech regarding Anthony’s visit, and she reiterated her strong support for a policy that allows faculty members and student groups to invite anyone of their choosing.

Yet she added those who didn’t like Anthony’s visit could boycott it, or do more.

“Protest has a long and proud history at Brown,” she wrote. “Time and time again students have used it to express deeply felt beliefs about important social and political issues. … I am proud of our students who exercise their right to peaceful protest and, as president of Brown, I will support this right with as much energy and zeal as I support the right of faculty members and students to invite anyone they want to speak at Brown.”

Anthony had been invited to speak by Hillel House, an independent organization that serves as a center of Jewish life for Brown University. But his invitation drew controversy from a number of students, who accused the IDF of oppressing the Palestinian people. For example, students Josette Souza and Mika Zacks suggested the IDF perpetrated international violence in a guest column in The Brown Daily Herald, writing: “Participation in IDF activities means the systematic destruction of Palestinian homes, the bombing of schools and mosques and the continued siege on Gaza. It means participation in the micromanagement of Palestinian access to food, housing, education and social services, which is in direct contravention of human rights and international law.”

Ma’an Odeh, an undergraduate student and a Palestinian refugee, also condemned the IDF and the presence of Sgt. Anthony in a letter to the editor of The Brown Daily Herald. He referred to the Israeli military as the “Israeli Occupation Forces” and accused its soldiers of killing his cousin and soccer teammate, and of depriving him of seeing his father.

“I find it extremely disrespectful and hurtful that a member of the Israel Occupation Forces is coming to give a talk at my university,” Odeh’s letter stated.

According to his online biography, Sgt. Anthony in 2007 founded Our Soldiers Speak, a nonprofit, nongovernmental organization that brings the “proud truth of Israel’s soldiers from the front lines of military service to the campuses and communities of the English speaking world.”

He has also spoken at Harvard, Yale and Columbia.

Prior to his talk at Brown University, “student protesters marched in a circle outside Hillel, chanting with signs, reading a solidarity statement and waving Palestinian flags,” the Daily Herald reports.

In a letter to the campus community, Hillel defended its decision to bring Anthony to campus, saying “we believe engagement with tough issues is an academic imperative as well as a Jewish one. … Though we are disappointed that those groups have decided to protest rather than accept our invitation to participate, we honor their right to disagree publicly with Hillel’s choices and are working with the university to ensure they have a safe place to voice their concerns.”

The controversy comes on the heels of former New York City Police Department Commissioner Raymond Kelly’s visit, when students protested his stop-and-frisk policing program during his lecture to the university in November 2013. Protesters called stop-and-frisk racist.

Paxson, in her April 2 letter, wrote that censoring speakers would have a harmful effect on the university, and that she does not desire to return to the old days, where approval from the Brown president was needed to invite a controversial speaker to campus.

“It would have a chilling effect on the intellectual environment on campus and erode an important right that faculty members and students currently enjoy,” Paxson said.

“It could even come back to harm the very individuals who have objected to inviting Commissioner Kelly and Sergeant Anthony — by limiting their ability to bring speakers with opposing points of view to campus in the future.”