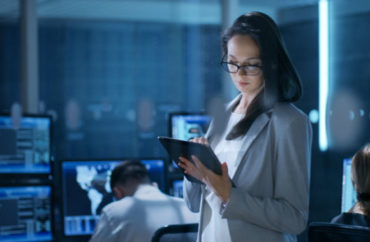 My 11-year-old daughter was recently asked by her school to judge her strengths and weaknesses as a student. One of her self-admitted weaknesses is her sloppy handwriting. The survey asked her about room for improvement, and her answer was both humorous and telling: “It doesn’t matter because we live in a digital age.”

I am child of the 80s and 90s. I came of age at a time when cell phones and the World Wide Web were just ideas and computers were starting to become a thing. I actually recall writing stories in fourth grade on a typewriter — a typewriter!

Today, my daughter is surrounded by and immersed in technology in many ways, both educationally and for recreation — and for better or worse.

But when we discuss college I can’t help but emphasize to her, if she is going to major in anything, it mind as well be in STEM, a.k.a. Science, Technology, Engineering and Math.

She wants to be a novelist, and I told her that’s fine, that’s great, that’s wonderful. Write on the side until you get published, and in the meantime, invest in a college education that can actually pay off and provide a real job until you’re the next Stephen King.

I was reminded of this conversation as a recent press release crossed my desk (wait, scratch that — crossed my inbox I mean), subject line: “Preliminary Salaries Show STEM Majors Lead Class of 2019.”

The results of the National Association of Colleges and Employers’ Fall 2019 salary survey show that “at this early juncture, graduates in the computer and information sciences ($81,292), engineering ($69,180), mathematics and statistics ($68,785), and engineering technologies ($60,473) disciplines are leading the Class of 2019 in terms of average starting salary.”

On a whim, I emailed the association to ask what the lowest paid grads start at.

Here’s the reply: “In terms of our NACE Salary Survey data, here are the ‘lowest’ paid based on those reported in the Fall 2019 issue: Wildlife and Wildlands Science and Management – $30,990 based on 40 salaries; Family and Consumer Sciences/Human Sciences – $30,950 based on 32 salaries; and Zoology/Animal Biology – $25,217 based on 29 salaries.”

I winced and chuckled. After becoming a famous novelist, my daughter fancies working with animals.

But to be honest, I’m encouraging her to learn to code, and engage her passions as hobbies and side gigs that may lead to something amazing. Keep her options open, do what she loves — but still, learn to code.

Indeed, I can use her own words to convince her: “We live in a digital age.”