No update since December

Nearly a year after filing a federal complaint alleging anti-male bias in sexual misconduct investigations across the University of North Carolina System, a “men’s human rights organization” is still waiting for official action.

The National Coalition for Men Carolinas filed the complaint in early March with the Department of Education’s Office for Civil Rights. It alleges widespread deprivation of due process and mistreatment of male students and employees in Title IX investigations at the system’s 16 schools.

Former UNC-Chapel Hill wrestling coach C.D. Mock helped file the complaint. The university fired him in 2015 – and replaced him with an inexperienced coach – months before a court cleared Mock’s son of wrongdoing in a sexual assault investigation at the University of Tennessee-Chattanooga.

The coach blamed his firing on his outspoken public criticism of Title IX investigations that lacked due process, rather than the poor team performance cited by UNC. Mock joined NCFM Carolinas as a board member and spokesperson last year. 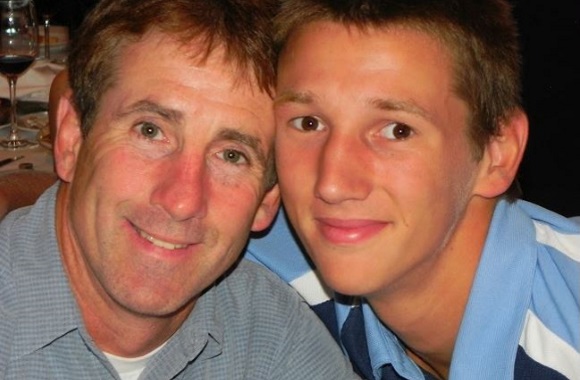 C.D. Mock and his son Corey

NCFM Carolinas has received limited correspondence from OCR in the 11-plus months since filing the complaint, President Gregory Josefchuk said in a phone interview Thursday.

He showed The College Fix some of his emails with Sara Clash-Drexler, senior attorney in OCR’s D.C. regional office, going back to April when she told him she would be evaluating the complaint.

In a Sept. 30 email to Clash-Drexler, Josefchuk referred to a July 11 message from the attorney that said the evaluation of the complaint was ”currently making its way through our internal review process.”

That means OCR “has yet to provide a notice of determination into the discriminatory practices we’ve identified (and submitted corroborating evidence)” in the 7 months since the complaint had been filed, he told Clash-Drexler.

Josefchuk emailed her again Oct. 3 to ask if Clash-Drexler got his Sept. 30 email. She acknowledged Josefchuk’s Nov. 15 voicemail in an email the same day, telling him the case was still under review: “I have made others aware of your frustration, and I will be sure to update you as soon as I am able.”

Josefchuk said he got his last response from Clash-Drexler in December. She wrote that she expected to hear something from her superiors “relatively soon” on whether OCR would open an investigation.

National Coalition for Men … by on Scribd

“It is beyond frustrating to not receive a determination on a complaint that has provided ample evidence of systemic discrimination (based on sex),” he wrote, warning department leaders that NCFM Carolinas was “now asking our friends in Congress to look into this matter.”

Josefchuk told The Fix that voicemails left with OCR have also been ignored since December.

The complaint is “stuck in limbo,” he said, and the halting communication and lack of developments in nearly a year was “very disappointing.”

Given DeVos’s Title IX rulemaking and interest in reforming campus proceedings, Josefchuk said he would have expected the complaint to be “high on their list.”

According to its list of pending cases under investigation at “elementary-secondary and post-secondary schools,” last updated Feb. 1, OCR has 1,458 open sex-discrimination cases.

The Department of Education did not respond to a Fix query two weeks ago. It responded to a voicemail on Wednesday and requested information in an email that could then be forwarded to OCR. No further responses have been received.

The complaint claims that UNC “systematically” denies accused students the ability to “participate in or benefit from the school’s programs or activities,” as well as due process in Title IX investigations.

The system creates “a hostile environment for accused male students,” and has used short-term suspensions as “a weapon” that is designed to “remove and punish” them.

UNC investigators “routinely fail to provide impartiality to accused male students during a sexual misconduct or harassment investigation because of sex-based institutional bias,” the complaint continues, citing “information and belief.”

The complaint cites multiple recent court cases where accused students have seen success in lawsuits against their schools for due process violations that led to their discipline. It alleges that UNC has not been following the interim guidance issued by DeVos in September 2017, who rescinded the previous administration’s “Dear Colleague” letters on Title IX enforcement.

Two email requests for comment to the UNC System, a week apart, were not returned.

MORE: ‘How many young men have to have their lives destroyed?’