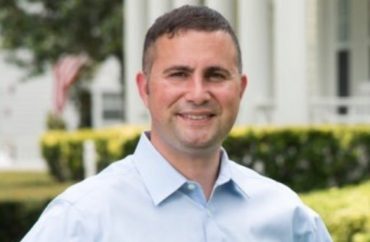 For some Democratic members of Congress, it’s also personal: They still have student loan debt. And their silence suggests they don’t want to pay it back.

The Washington Free Beacon polled the 41 Democratic members with student loan debt and was only able to find one willing to exempt himself from taxpayer-funded forgiveness legislation: Rep. Darren Soto of Florida (above).

The rest didn’t respond when asked whether members of Congress should be exempt from this taxpayer bailout that favors high earners:

The College for All Act of 2019, introduced by Sen. Bernie Sanders (I., Vt.), Rep. Ilhan Omar (D., Minn.), and Rep. Pramila Jayapal (D., Wash.), is the first legislation proposed that would cancel all student debt regardless of income. A number of the original cosponsors of Sanders’s bill have student debt of their own. [The 2017 version would have exempted members of Congress by virtue of its salary cap.]

Omar, whose debt sits between $15,001 and $50,000, said the bill “will liberate millions of Americans.” Representatives Sheila Jackson Lee (D., Texas), Rashida Tlaib (D., Mich.), and Nanette Barragán (D., Calif.), who together owe up to $200,000 in student debt according to financial disclosures, all signed on as supporters of the debt forgiveness bill. None of their offices responded to emailed inquiries.

Rep. Ocasio-Cortez (D., N.Y.), who also has between $15,001 and $50,000 in student loan debt and supports the radical debt cancellation bill, claimed during a press conference on student loan debt last month that “it was literally easier for me to become the youngest woman in American history elected to Congress than it is to pay off my student loan debt.”

Nearly twice as many Democrats as Republicans in Congress have outstanding student debt, according to the Free Beacon.