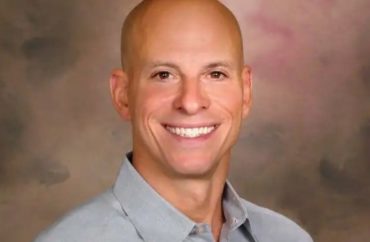 More than a hundred academics discussed ways to challenge ideology

A podcaster and advertising expert reported back from Stanford Academic Freedom Conference last November with a seven-point summary of its conclusions.

“Not only did I attend all the sessions live in person, but when I got home from the conference, I watched all the 14+ hours of videos of the sessions,” Alan Wolan, a podcaster and ad campaign manager, wrote in a Jan. 16 post for the Heterodox STEM blog.

“I was listening really carefully because I had given myself the job of culling the best clips from the conference for a podcast I was producing about the event,” Wolan (pictured) stated.

The conference brought together some 150 luminaries, such as Steven Pinker, Gad Saad, Peter Thiel, Jordan Peterson and Douglas Murray. They discussed how to protect and foster academic freedom, open inquiry, and freedom of speech, which are “under threat as they have not been for decades,” according to the conference website.

“Many parts of universities have become politicized or have turned into ideological monocultures, excluding people, ideas, or kinds of work that challenge their orthodoxy,” the conference description stated. “Younger researchers are afraid to speak and write and don’t investigate promising ideas that they fear will endanger their careers.”

Wolan condensed the solutions the professors offered into seven pieces of advice.

Use the law, government and the courts. The Foundation for Individual Rights and Expression offers pro bono lawyers to defend professors from infringements on free speech, Wolan reported. Federal civil rights law sections, such as Title IX, provide a template to withhold federal funds from universities that don’t uphold First Amendment principles, legal scholar Amy Wax and others argued.

Build back better (colleges). Historian Niall Ferguson and social psychologist Lee Jussim argued that forming alternative universities, like the University of Austin and other “islands of academic freedom and scientific integrity,” must challenge mainstream groupthink.

Educate the public and win over their children. John Ellis, a professor emeritus at UC Santa Cruz, argued that his peers needed to persuade parents not to buy the product universities are selling. Those customers, the parents, should know that when they pay tuition, they fund “an indoctrination into political activism,” Wolan wrote.

Train undergraduates in good habits. John Rose leads the “immensely popular” Civil Discourse project at Duke University, which “sponsors courses, lectures, conferences, and research that concern the pressing questions of meaning, value, and spirit that confront us as human beings and citizens,” according to its website. Rose argued students have a natural desire for free speech that professors must cultivate, Wolan reported.

Build a kind of “judicial branch” into the administration. Tyler Cowen and Niall Ferguson argued that such a system might be necessary to “adjudicate questions relating to freedom of speech and thought,” according to Wolan.

Speak out with courage. Jordan Peterson and Gad Saad told the group they wouldn’t be free until they spoke their mind. Amy Wax said to be “disagreeable,” “contrarian,” build a “high tolerance for pain and insult,” and get ready to make new friends.

“There is rarely one solution to a complex problem,” Wolan stated. “This problem is so big and so complicated that we’re going to have to attack it from every possible angle.”