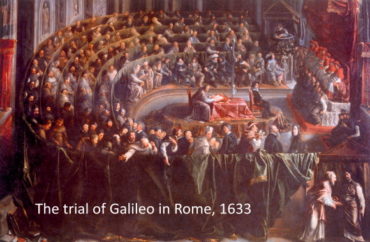 ANALYSIS: ‘Are scientific disciplines really where we want people afraid to ask tough questions, afraid to take risks, because someone on Twitter with absolutely no training on the topic may be offended?’

For more than a decade, scientists have watched as the ideology of Diversity, Equity and Inclusion has taken over their fields.

And it pressures scientists to embrace progressive social trends even when incongruent with well-established scientific thought.

Among those fighting the oppressive nature of politically correct science is University of Chicago geologist Dorian Abbot, who has become something of a poster child for scientists who refuse to play along.

Abbot, who serves as the managing editor of the new Substack, said its goal “is to set up a place where scientists can post their thoughts on issues pertaining to science and society that would be unlikely to be published in many other forums.”

“The majority of scientists support fair, non-discriminatory hiring and maintaining rigorous standards,” he said, adding that an increasing number of scientists are willing to speak out openly about it.

For example, he cited a recent effort at UMass Boston in which numerous STEM professors signed an open letter criticizing a draft university policy to prioritize racial justice and link funding and policy decisions to diversity, equity and inclusion tenets.

“We can only hope that more efforts like this will be successful,” Abbot said.

Since its launch, the Substack has slowly been achieving its goal of providing a forum for scientists to speak freely, as more use the opportunity provided by the site to share views on academia and science that might be condemned elsewhere as thought crimes.

A column attributed to “an anonymous STEM professor” called on university faculty to “wake up” to the threat of DEI, while recounting how following George Floyd’s death in May 2020, STEM departments and professional organizations largely embraced DEI and increasingly began using demographic characteristics and ideological tests to make hiring decisions.

In another piece, Wesley Farrell, assistant professor of chemistry at the U.S. Naval Academy, discussed the harms of cancel culture, including how it creates a culture “in which all but those holding the currently fashionable opinions decide it is best to keep quiet.”

“Is this what we want for science?” Farrell asked his readers. “Are scientific disciplines really where we want people afraid to ask tough questions, afraid to take risks, because someone on Twitter with absolutely no training on the topic may be offended?”

Pat Kambhampati, a chemistry professor at McGill University who previously had been denied funding by the Canadian government for failing to include the proper DEI slogans in grant applications, used the forum to post slides from a presentation on DEI he gave to his department last year.

“As it is often noted in ‘disaster’ films, there is often some scientist trying to warn people of the impending crisis,” Kambhampati told The College Fix. “Often that character is played by Jeff Goldblum.”

“Well, why not have more of that — where we scientists start saying what we think about broader culture, rather than the cultural warriors telling we scientists how to do our jobs.”