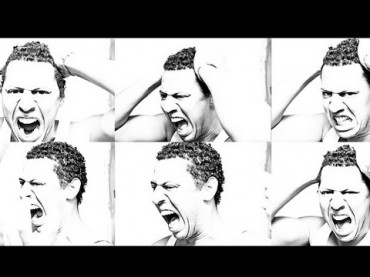 At 5,027 words, the “Schools for Scandal” story published recently in The Weekly Standard is by no means a quick read. Yet the expose, written by senior writer Mark Hemingway, is worth your time.

It’s a cleverly written and eye-opening report on how out-of-control, unsupervised, misguided, bloated, biased, abusive, corrupt and downright ugly student governments and the projects and groups they fund have become.

If I were to whittle down the article, I’d say this: With little supervision and scant accountability, student governments manage multi-million dollar budgets larger than many municipalities’ coffers, and direct that funding largely toward a slew of inappropriate and non-academic left-wing efforts and groups, several of which serve as breeding grounds and funding tools for Democratic politicians and liberal causes.

Yeah, yeah – we know this already, you say.

No. Think about it. Millions of dollars of public money and mandatory student fees that’s essentially harnessed for radical liberalism and to benefit the Democratic party, its candidates and politicians. If the youth vote is critical to winning elections, then Democrats have a leg up and then some, bankrolled by the taxpayers, no less.

Hemingway actually traces this scheme to the highest office of the land. That’s right – President Obama cut his teeth with these student-government funded front groups, and in turn they helped him get elected.

Here are a few highlights from the article:

At Oregon, the ASUO and 180-some student groups are funded to the tune of more than $6 million, and a number of those groups have seven-figure budgets. There are few barriers to students’ attaining funding, and groups hoovering up student fees range from the ridiculous—see the Belegarth Medieval Combat Society—to the plausibly educational, such as student publications or the International Business and Academic Club. The bulk of the remaining groups land somewhere inside a largely overlapping Venn diagram of groups dedicated to exploiting public money to fund left-wing political causes or financially validate absurd gradations of identity politics. If you think fiscal sanity is a laudable goal, this presents all kinds of questions that left-wing campus politics makes nearly impossible to answer, such as: What’s the difference between the student Multicultural Center and the Multi-Ethnic Student Alliance, and why do students need to pay for both of them? …

Student senator Alex Titus bemoaned the wasteful spending of certain student groups one dare not criticize in public. “Literally the same 10 people took $5,000 for a conference in Orlando, $4,000 for a conference in Colorado, and $15K for an Asian diversity conference about why Asians shouldn’t be oversexualized,” Titus said in the recording. “That’s $20K in one night that those motherf—ers just took.”

After Titus’s comments were leaked, angry students flooded the ASUO student senate meeting on April 9 holding up signs saying “Diversity is Beautiful!” and “We are not motherf—ers,” while Titus looked on shellshocked. …

There are now dozens of (Public Interest Research Group) chapters in 15 states that are funded through either student government budgets or a separate fee on tuition bills. Sometimes the fee is mandatory, sometimes students can opt out of it, but more often than not, students have no idea they’re paying to lobby for left-wing legislation just by virtue of going to college. PIRGs lobby for a slew of predictably liberal measures—for rent control and pharmaceutical price controls and against nuclear power. If you thought saving a billion people from malnutrition was in the public interest, well, OSPIRG is quixotically involved in a major campaign against genetically modified food. To add a patina of legitimacy to their scheme, PIRGs do mix in a few student issues, such as lobbying for more financial aid. …

That Obama was a star PIRG organizer should have been warning enough for voters. Instead, the experience worked out well for Obama. PIRGs and student governments across the country were heavily involved in the voter registration drives and other efforts that helped get him elected.

But whether you point to a state representative or the president of the United States, the evidence is considerable: As a way of training future leaders, giving college students millions in free money does nothing but encourage corruption and callousness about special interest politics. It may be called “student government,” but the kids are learning all the wrong political lessons.