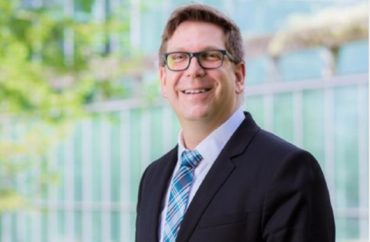 ‘The university is the one that holds the First Amendment,’ professor says

An associate teaching professor in University of Washington’s School of Law told the campus paper that professors only have First Amendment rights in their private capacities, not in the classroom.

He provided further comments to The College Fix in response to an inquiry.

“The university is the one that holds the First Amendment,” Professor Theodore Myhre (pictured) told The Daily. The student newspaper wrote a follow-up article about the controversy surrounding Professor Stuart Reges’ refusal to use the university’s land acknowledgement statement on his syllabus.

“Its participants — the people who are part of the university — actually don’t hold the First Amendment right,” Myhre stated. “You do in your private capacity, but you do not hold it in your role as a member of the university community.”

“The faculty is not squashing free speech,” the law professor told the newspaper. “The faculty is actually trying to protect and empower the learning environment to be productive and effective.”

University officials, the professor said, can limit speech that could “disrupt the learning environment.”

He expanded on his comments to The Fix.

He said universities can place limits on academic freedom when it comes to the syllabus or textbook selection. This is why he believes Professor Reges can be limited in how he presents the land acknowledgement.

“The faculty member has discretion as to how to deliver the material provided that the manner and method of teaching don’t violate the faculty code,” Professor Myrhe said in his email. “Usually, faculty choose their own texts and often create their own syllabus which includes several required provisions—but that isn’t a right so much as a common practice.”

“First amendment and academic freedom cases occurred throughout the 20th century all over the country, especially during the very conservative 1950s and the McCarthy era,” the law professor told The Fix. “The structure discussed emerged from all those cases.”

He said he wants more people to understand how the law operates, whether they agree with it.

“[I]t’s important to me that folks understand law, especially since it’s not usually taught in primary and secondary education,” he said. “No matter one’s opinion on whether the law is right or wrong as a policy statement, it’s important to understand how it works.”