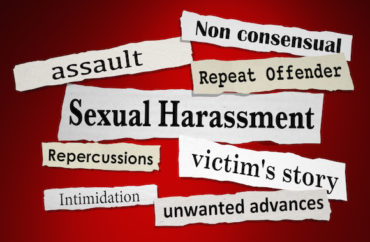 ‘Anyone can be harassed by anyone’

The National Academies of Sciences, Engineering and Medicine have formed an “action collaborative” to respond to and help prevent sexual harassment in higher education.

The group is comprised of universities and foundations that want to address “all forms of sexual harassment” and promote “a culture of civility and respect.”

Officially titled the “Action Collaborative on Preventing Sexual Harassment in Higher Education,” the initiative was spawned from the findings of a report titled “Sexual Harassment of Women: Climate, Culture, and Consequences in Academic Sciences, Engineering, and Medicine,” which the academies published last year.

Tom Rudin, a spokesman for the collaborative as well as the director of the Committee on Women in Science, Engineering, and Medicine, spoke to The College Fix about both the report and the new effort it spawned.

According to Rudin, the 2018 report is now one of the most downloaded reports the academies have ever produced, something they are very happy about.

“It’s getting a lot of attention, and we’re very pleased about that,” Rudin said during a phone interview.

The report’s findings lean in large part on “representative surveys” of experiences of sexual harassment. Asked about the University of Texas survey featured prominently in the report brief, Rudin acknowledged that it was self-reported but added that there were other sources of data.

“The Texas survey was self-reported, but there were other surveys we relied on for analysis. There have been numerous campus climate surveys and numerous studies on various campuses on issues of harassment as well as interviews with faculty and students,” Rudin said.

“We had a contractors do interviews with 42 postdoc and graduate students for this report, so it was a combination of data sources that included research studies, interviews, surveys, etc.”

However, Rudin was quick to point out that the group’s work will not be confined to just harassment of women.

Going forward, Rudin said they will look beyond legal solutions to sexual harassment to address the “real issue” on college campuses.

“One of the many conclusions of the report was that yes, we do need legal remedies to the problem, but the real issue we need to deal with is to create a better campus climate and culture to reduce and prevent harassment,” he said.

According to Rudin, the collaborative will work to accomplish this by sharing information among participating institutions.

“The hope is that these groups will come together and create new policies and strategies and test new models for how to create a better culture. One of the differences from the report is that the report had a strong focus on a specific discipline [the sciences], but the collaborative will focus on all disciplines–it won’t just be the sciences,” he said.

Right now, the collaborative has about 30 institutions signed on to participate, but Rudin says they hope to have roughly double that by summer. After that, Rudin says it will up to the institutions whether or not to continue.

“At the end of four years, we’ll asses whether we need to continue,” he said. “We don’t think the entire problem will be solved by then, but we hope many of problems will be alleviated. At that time, we’ll ask the colleges if they think we ought to continue.”