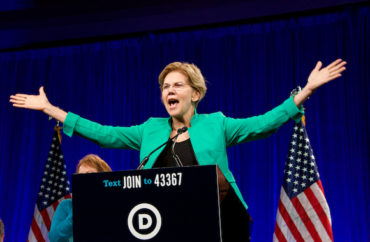 Promises to go around Congress

Just a few weeks before the critical Iowa caucuses, avowedly progressive Democratic presidential candidate Elizabeth Warren released a new student debt forgiveness plan, one she says will circumvent Congress in order to erase the debt of millions of Americans.

Telling voters that “the Department of Education already has broad legal authority to cancel student debt,” and declaring that Americans “can’t afford to wait for Congress to act,” Warren vowed on her website to “use existing laws on day one” to alleviate student debt for “42 million Americans.”

Warren promises in the plan to make the debt cancellation tax-neutral for borrowers. She also said that she would instruct federal regulators to stop contesting the bankruptcy petitions of student loan holders and to “push for a less strict interpretation” of undue hardship exemptions under existing law.