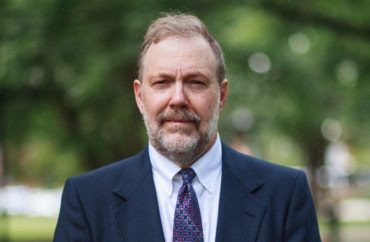 A federal appeals court has ruled that a professor can sue his university for allegedly violating his constitutional rights.

The U.S. Court of Appeals for the 6th Circuit in a unanimous decision agreed that Shawnee State University had wrongly punished Professor Nicholas Meriwether for refusing to use female pronouns to address a biological male student in his class.

“Traditionally, American universities have been beacons of intellectual diversity and academic freedom. They have prided themselves on being forums where controversial ideas are discussed and debated. And they have tried not to stifle debate by picking sides. But Shawnee State chose a different route: It punished a professor for his speech on a hotly contested issue. And it did so despite the constitutional protections afforded by the First Amendment,” the ruling states.

The appeals court’s March 26 ruling reverses a lower court’s decision to dismiss the professor’s free-speech and free-exercise claims. The district court had previously ruled that a professor’s speech in the classroom is never protected by the First Amendment.

“We disagree: Under controlling Supreme Court and Sixth Circuit precedent, the First Amendment protects the academic speech of university professors. Since Meriwether has plausibly alleged that Shawnee State violated his First Amendment rights by compelling his speech or silence and casting a pall of orthodoxy over the classroom, his free-speech claim may proceed,” the appeals court ruled.

Shawnee State told Just the News it was “not issuing a statement at this time” and “not commenting on pending litigation.”

Meriwether is a philosophy professor and has worked at the small public college in Ohio for 25 years.

“Up until the incident that triggered this lawsuit, Meriwether had a spotless disciplinary record. Professor Meriwether is also a devout Christian. He strives to live out his faith each day,” the appeals court noted in its ruling.

In a 2020 op-ed for The Hill, Meriwether explained his side of things:

On the first day of my political philosophy class at Shawnee State University in the spring of 2019, a biologically male student raised his hand and I called on him, unwittingly using the now-incendiary words, “Yes, sir.”

… In the ensuing weeks and months, I offered to accommodate him by referring to him only by his name. But the university administration informed me that, on pain of disciplinary action, including termination, I must call him and all students by their preferred non-biological pronouns (including recently concocted ones like “ze”, “xe” or “ter”), or I would have to eliminate any terms that refer to a person’s gender from my vocabulary at all times, on campus or off, with any students.

… What I cannot do, however, is to speak in such a way that implies that a man is a woman or a woman a man. In other words, to refer to a student in such a way that I imply something that is not true, that I know to be false, to effectively lie, and so violate my conscience as a philosopher and as a Christian.

Meriwether lost his First Amendment case at trial court in 2020.

As The College Fix reported last year, U.S. District Judge Susan Dlott had ruled that Meriwether’s quarter-century practice of addressing students as “miss” and “mister” was not “a matter of intellectual debate” on gender identity protected by the First Amendment, but rather a “teaching method” that was “only of personal interest” to him.

“This case forced us to defend what used to be a common belief—that nobody should be forced to contradict their core beliefs just to keep their job,” said ADF attorney John Bursch in a statement.

“We are very pleased that the 6th Circuit affirmed the constitutional right of public university professors to speak and lead discussions, even on hotly contested issues. The freedoms of speech and religion must be vigorously protected if universities are to remain places where ideas can be debated and learning can take place.”