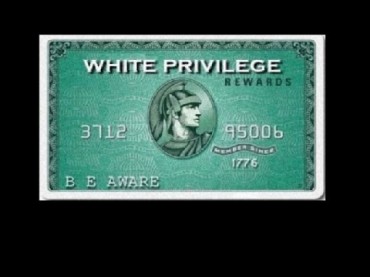 The course, according to ASU, “… is designed to empower students to confront the difficult and often thorny issues that surround us today and reach thoughtful conclusions rather than display gut reactions. A university is an academic environment where we discuss and debate a wide array of viewpoints.”

“Wide array,” eh? As long as the viewpoints maintain that “Whiteness” is a problem, I bet.

Five books are listed as required for the upper-division class, called “U.S. Race Theory and the Problem of Whiteness.” The texts include “Playing in the Dark” by Toni Morrison, an acclaimed novelist who has won a Pulitzer Prize, a Nobel Prize and the Presidential Medal of Freedom.

The other required books are “Critical Race Theory: An Introduction” by Richard Delgado, “Everyday Language of White Racism” by Jane Hill, “Alchemy of Race & Rights” by Patricia Williams, and “The Possessive Investment in Whiteness” by George Lipsitz.

The idea of “Whiteness” as a concept, rather than just skin color, has been a popular topic for research and academic classes since the late ’90s.

Lauren Clark, a student at ASU and a contributor to Campus Reform, appeared on “Fox and Friends” last Friday to discuss the matter:

Does anyone — anyone — think a course titled “U.S. Race Theory and the Problem of Blackness” would be permitted to be taught on a campus? To heck with microaggressions — such would be dubbed an irreconcilable macroaggression complete with sit-ins, die-ins, teach-ins, and the usual demands for mandated sensitivity training, “cultural competence” courses, increased number of minority faculty and students, and on and on and on …

UC San Diego students demand changes to finals grading due to American police brutality May 31, 2020
Asian-American students promote racial stereotypes by challenging Harvard admissions, scholars tell court June 1, 2020
Once again, a Stanford professor is in hot water for reading a racial slur in context May 30, 2020
Yes, read and watch more sci-fi. Just skip the SJW garbage. May 30, 2020
Public university thinks it can dictate how ‘banned’ fraternity uses its own property May 28, 2020