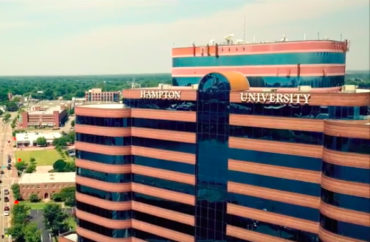 Jokes may have been private; school refuses to clarify

A private university recently fired nine campus police officers for sharing memes allegedly in private group messages. Both the school and the campus police department have refused to elaborate on the specific circumstances of the dismissals.

The school, Hampton University in Hampton, Virginia, fired the officers late last month. The officers remain unnamed, but a letter of termination, signed by Deputy Chief Ronald Davis and shared by local news station WAVY last week, describes officers engaging in “the third annual ‘Meme Wars,’” an event the deputy chief described as “a jovial release of photographs and captions designed to levy insults at others in the group as well as persons outside the group.”

In that letter, Davis refers to the memes as “egregious and extremely inappropriate to be shared in the workplace.” Yet in its report, WAVY stated that several of the officers “disputed that the messages were on social media, and said they were shared only through direct texts or group texts.” The termination letter says that the memes were shared as part of a “group,” though it does not specify whether the group was public or private.

The College Fix attempted to verify that the memes in question were shared privately and not publicly. Reached via phone, a representative of the Hampton University Police Department forwarded The Fix to the school’s public relations department. A representative there said that no one was available to answer questions at that time.

Eventually the school sent an email to The Fix stating: “After a full investigation, it was determined that the officers shared misogynistic, racist and other offensive remarks via social media. The university has a zero tolerance for such behavior.” That statement did not clarify whether or not the memes were shared publicly.

Matthew White, the head university spokesman, failed to respond to multiple queries via phone and email to confirm whether the memes were shared privately or via public social media.

School even fired officer who did not post jokes

Simply being part of the group participating in the “meme wars” was enough to get at least one officer fired. The termination letter states that “while [the officer] did not produce any of the memes, [he] admittedly participated in the group” and that such involvement “is deemed inappropriate behavior and behavior unbecoming of an officer.”

The letter closes by noting that the officer’s actions violated “Hampton University’s Code of Conduct and its policies against discrimination, harassment and unacceptable behaviors as set forth in the Educational Support Staff Handbook.”

The university’s Code of Conduct applies to all students, faculty, and staff. It states that to use “vile, obscene or abusive language or exhibit lewd behavior, is in direct violation of the Hampton University Code, on or off campus.”

Section eight of the university’s Code of Conduct says: “Each member of the Hampton Family is expected to use technology in a responsible and respectful manner. Individuals should utilize their best judgment before posting content and should specifically refrain from cyber bullying.”

The identities of the officers remain unknown, although WAVY reports “the group includes four African-American males, one African-American female, and four Caucasian males. Their seniority ranged from rookie to 14 years, and were ranked from officer to supervisor.”

According to WAVY’s report, the department will be left with only 12 police officers heading into the 2019-20 school year.

Founded in 1868, Hampton is ranked among the best historically black universities in the nation.

MORE: Fired after criticizing transgender ideology, prof fights back with a lawsuit

MORE: UCLA refusing to tell conservative professor why he was fired 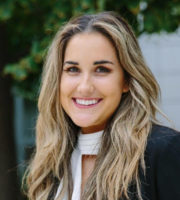