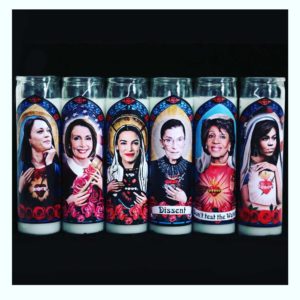 In the most recent issue of City Journal, Martin Gurri describes the “cult of identity” behind the transformation of American institutions. A great deal of the phenomena that we call “woke,” he writes, is part of a new religious mania that venerates “identity” as a sacred value.

When universities hold up “antiracism” as their most urgent teaching objective, for example, or mandate creeds of diversity, equity and inclusion, or cancel heretics and subject them to forced penance, they are followers of the cult of identity.

This cult, Gurri stated, is not based in a reasonable or coherent philosophy. Instead, it “consists of a series of platitudes and stereotypes invariably leading to gestures of repudiation and calls for the ritual purification of society.”

The English word “cult” was first used in the 1610s to refer to “worship, homage,” and then in the 1670s as a “particular form or system of worship,” according to the Online Etymology Dictionary. More contemporary meanings of “cult” are offered by Merriam-Webster: “a religion regarded as unorthodox or spurious,” or simply a “system of religious beliefs and ritual.”

So it’s not a stretch when Gurri likens the “identity cult’s” transformation of society to the religious conversion of an empire or a nation.

“In the scope and rapidity of institutional embrace,” he wrote, “nothing like it has transpired since the conversion of Constantine.”

Even more, he wrote, “all the famous names, from President Biden to Kermit the Frog, have accepted identity as the established church of the United States.”

He continues to describe the cult as a religious phenomenon that has required profound conversions:

Conversion has entailed drastically different experiences, depending on where you stand in the social pyramid. From below, at the level of the young professional and the college student, the cult provides a vision of truth and a source of meaning in a romantic struggle against the systemic evil represented by the rest of us. From above, at the level of high government and corporate officials, ostentatious adherence to the cult is a tool of control.

The dance between the generations has been awkward. Young activists are eternally on the hunt to identify and attack injustice, typically revealed by the utterance of certain taboo words. They dwell in a world of weakened religious and family ties, and their idea of community is a website. The cult of identity fills an existential void and raises up the young to be the vanguard of avenging virtue in a sinful world. This cohort is driven by the urge to purify—that is, by negation to the edge of nihilism.

Older institutional types, on the other hand, have seen their influence and authority plummet over the past decade. Of this vertiginous fall from grace, Trump was merely a symptom, not the cause. The digital age will not tolerate the steep hierarchies of the twentieth century: these will either be reconfigured or smashed. Stripped of the splendor of their titles, panicky elites have cast about for some principle that will allow them to maintain their distance from the public.

Despite its success and power, the cult is self-contradictory and lacks transcendence

Despite the religious fervor of its adherents, however, Gurri notes two signs that the cult is in trouble.

The first is its striking contradictions. It claims incompatible ideals. First, it holds that anyone can effortlessly become anything: a man can become a woman, for example, or or a migrant can become a citizen, just by saying so. “It’s all personal choice,” he stated, “with life pared down to an extreme utopian individualism.”

Simultaneously, however, the cult holds that the most important fact about any individual is the identity group to which she belongs, which is static and inviolable. Identities are “the only meaningful human unit…whose borders are fortified and must be defended at all cost.”

“Every conversation begins with the words ‘As a gay person’ or ‘As a Latinx’ because group experiences are taken to be incommensurable.”

Even more, “All products and tokens of the group are to be shielded from profanation. White boys must never grow dreads or sing the blues: that’s “appropriation, not admiration, and the minimum penalty is a virtual lashing on the web.”

The second strike against the cult is its spiritual emptiness. Though the cult of identity has many features of a religion, it lacks sublimity:

If identity offered adherents a soaring new vision of human relations, as did Marxism and Christianity, it might overcome its contradictions. But I described the cult in terms of platitudes and stereotypes for a reason: it has all the outward trappings but none of the spiritual content of a true religious faith. Nothing about it transcends or soars. Even the social aspect is mediated by the shallow narcissism of the digital universe—you get more of a buzz at the sports arena, where fanatics at least come together face-to-face.

From the outside, identity feels like thin gruel. Very little is demanded of true believers. They arrive already in a state of grace. Total obedience is demanded of everyone else. We are corrupt beyond redemption and can be detoxified only by our submission.

The platitudes about justice, once questioned, disintegrate into mere slogans. The groups that supposedly define our identity are crude stereotypes. Nobody has ever cried, “Latinx or death!” or “Power to the LGBTQIA!” from atop a barricade. Nobody ever will.

If the cult of identity won’t drive anyone to storm the barricade — or to pick up the cross — chances are its days are numbered. But its critics should remember that wokeness is a spiritual struggle.