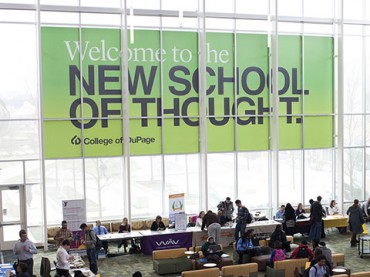 The news keeps getting worse for the College of DuPage.

After drawing howls for giving its free-spending president a lucrative buyout package, and losing a public-records battle with the Illinois state attorney general, the school is now under a federal criminal investigation, the Chicago Tribune reports:

The subpoenas, which were served to college administrators Monday, cover three main areas: administrator expenses, contracts with the college’s fundraising foundation and credits awarded to police recruits at a law enforcement academy on the Glen Ellyn campus.

A DuPage County grand jury issued two subpoenas in early February, two weeks after the college’s board of trustees awarded Breuder a $763,000 severance package to end his contract next year, three years early. A third subpoena was issued March 19.

Beyond giving police recruits more credits without any further instruction and charging “pricey wine and Champagne” to house accounts at its campus restaurant, the college has business dealings with “nearly half” the members of its foundation’s board – some of whom have noncompetitive contracts, the Tribune reports.