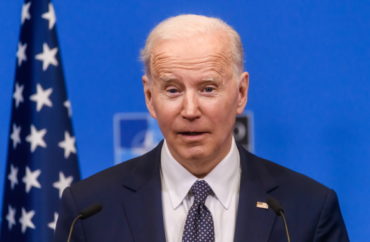 President Joe Biden’s $300 billion student loan bailout will benefit some of his political appointees to the U.S. Department of Education, according to a new analysis from a government watchdog.

At least some of those appointees likely helped craft the policy due to their roles in the administration, according to a government watchdog executive who spoke to The College Fix.

“The fact that Department of Education staffers who could personally benefit from the student loan bailout are the same people who are crafting it is a conflict of interest and unacceptable,” Jones said in an email to The Fix. “The President and the Secretary of Education should have excluded anyone who was eligible for the bailout from helping draft it.”

“The new political staff at the Department of Education could personally benefit by up to $512,646 in forgiven student loan principal balances and forgone interest payments if $10,000 in federal loans are forgiven,” according to the government watchdog’s report.

The report notes that more than 40 DOE staffers will benefit from the proposal including Melanie Muenzer and Jennifer Mishory, two department chiefs of staff whose collective debt forgiveness could total over $40,000.

AAF also reports that the windfall for DOE employees could be even greater if the proposal was widened to cover private loans.

“Staffers stand to benefit even more if the debt forgiveness is expanded beyond $10,000 and extended to apply to private loans,” the report stated. “Student loan debt at the Department is massive with 41 education staffers evaluated holding between $2,820,061 and $6,500,000 in total student loan debt,” the AAF reported.

The AAF founder also explained his belief that the DOE staffer’s personal situations played a role in developing the student loan cancellation policy.

“The people who drafted the policy see the issue through their personal lens, which is that of a young person living in Washington DC, heavily indebted from expensive educations whose value outside government and campaign jobs is negligible,” Jones said. “Of course they advocate for a policy that reduces their monthly bills. You would have had a much different policy if it was drafted by people who had taken loans, graduated, worked in the private sector, and paid down their loans.”

Jones continued to say that the policy was unfair to people who have worked hard to avoid taking on debt and those who have paid off their loans.

He called it “glaringly unfair.”

The Fix reached out to several DOE staffers listed in the AAF report as having student loan debt. The inquiry asked them to confirm their details in the report and what comments they had on benefiting personally from a policy they are promoting.

A spokesperson for the DOE responded on their behalf and referred The Fix to a department memo titled “The Secretary’s Legal Authority for Debt Cancellation.”

However, the spokesperson did not comment any further on staffers having their loans canceled.