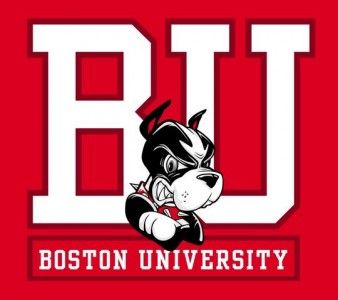 Saida Grundy, a feminist sociologist of race and ethnicity listed as an incoming assistant professor of sociology and African-American studies at Boston University, has come under fire for Tweets that essentially argued white people were the worst slave owners on the planet. slaves” thing? is this the new “#AllLivesMatter”??

before europeans invented it as such, slavery was not a condition that was defacto inherited from parent to child.

Two days prior to those comments, she opined on Twitter: “dear white people: you are all Ben Affleck. Those euphemisms for ur ancestors like ‘pioneers’ and ‘farmers’ means owned humans and killed natives.”

Students at SoCawlege.com, which first reported on the scholar’s assertions, called them outright falsehoods. Their argument is reprinted below with permission:

And, it wasn’t just Africans who were enslaved by Arabs, but an estimated 1 million + Europeans were also taken as slaves by Arabs. Barbary pirates did a lot of that.

Continuing, slaves were transported from India to Central Asia by Muslims, centuries before the first African was transported by white or Arab slave traders.

There are many more examples of slave transport throughout history besides these. Perhaps if Ms. Grundy took a history class she would know this problem transcends all races, cultures, and geographic locations, and even still continues today with global transportation in the human trafficking industry.

In regards to slavery for generations (which she says is only something white people did as well):  Again, Muslims enslaved Indians who they considered “infidels” for centuries, whites and others were traded in the Ottoman Empire for centuries, and it wasn’t just whites who owned black slaves in the Americas either, but other blacks, Native Americans, and of course what we would today call Hispanics in Latin or Central America, which had large slave trades and agricultural industries as well. Generational black slavery in the Americas was not something only done by whites. The notion is absurd.

Writing for Young America’s Foundation, contributor Amy Lutz also weighed in on the scholar’s assertions, pointing out “it was actually Western Civilization, however, that led the charge to outlaw slavery for good. Portugal, Spain, and Great Britain abolished slavery in the 19th century, followed closely by the United States.”

SoCawlege.com also pointed out a number of other Tweets over the last few months posted by the scholar, ones that condemned Bruce Jenner for being a Republican and called St. Patrick’s day “white people’s Kwanzaa.”

They especially took issue with this thread:

why is white america so reluctant to identify white college males as a problem population?

Imagine the condemnation if a white person made the reverse statement, that college aged black males are a “problem population” that black America has to address. Well, for the record, young black males are statistically more likely to commit crimes than young white males. Why are young white males a singled out issue to you Ms. Grundy, as opposed to all young males? If you are going to work at Boston University you have to teach college aged white males eventually no? You probably already have/are working with them. To us, this seems like you are unqualified to grade their work as you clearly demonstrate some kind of special bias against them. They are a “problem population” after all.

“Parents who are sending their kids to college should be aware of what the standard for faculty is at Boston University. Apparently, VERY low,” SoCowlege concluded.