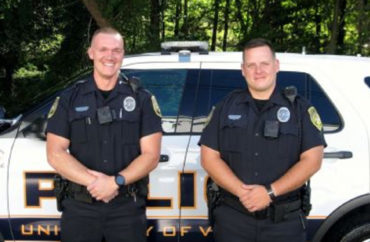 Black students at the University of Virginia are not opposed to the university adding cops on and around campus.

The Student-Faculty Safety Collaborative released in The Cavalier Daily the results of a survey that asked students about different options for decreasing crime on campus and at a nearby shopping district.

While the group argued that black students were opposed to the addition of cops, the results published show the opposite. Over 1,000 students took the survey and the collaborative reported that the respondents roughly matched the demographics of the university, although it is not necessarily scientifically accurate.

Black men, by a 3 to 1 ratio, answered in a survey that the University Police Department’s presence on campus made them feel “a little or somewhat safe” or “Mostly or Very Safe” versus “Not safe.”

Black women had smaller support for the campus police, but still felt “safe” by a 2 to 1 ratio.

An increase in cops on campus made all racial groups feel less safe, but it’s not clear from the survey if that’s because of a fear of the police or if an increase in cops is viewed as a sign that an area is dangerous.

Still, more than 50 percent of black men and women reported that they would feel safe if more cops were seen on campus. The College Fix reached out to Professor Rose Buckelew, who designed the survey, and the student newspaper to ask for the cross tab results.

The newspaper did not respond to a Facebook message and emails on Thursday morning that asked for the full results, nor did Buckelew respond to an email. Eva Surovell with the Cavalier Daily emailed The Fix on Saturday and said to reach out to the faculty and students involved for the results.

Proponents of unarmed first responders will be disappointed to find out black students do not want to see an increase in “ambassadors.”

The Ambassador Program uses unarmed security escorts to walk people home at night and to observe what is going on at “the Corner,” a local shopping district popular with students.

However, this number could suffer from the same problems as the policing questions. Students might feel less safe because they might see unarmed security guards around campus and wonder if the place is dangerous.

Others have reported a mistaken belief that the ambassadors would report them to the university for underage drinking.

Editor’s note: The article has been updated with comment from the student newspaper