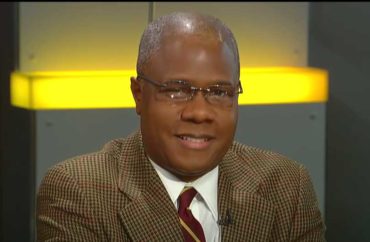 Veteran political commentator Deroy Murdock on Tuesday offered advice to college journalists on how to succeed in the field as part of The College Fix’s quarterly educational seminar to students.

Framing his guidance on his many years as a conservative syndicated columnist, Fox News contributor and contributing editor with National Review Online, he encouraged students who write opinion to formulate their argument clearly, to “be concrete, specific, and bomb them with facts.”

“Think of yourself as either a prosecutor or a defense attorney, and you are delivering your closing arguments to the jury,” he said.

“Be passionate in what you do,” Murdock said. “If you are an opinion journalist, have strong opinions. This is no time to be mealy-mouthed.”

If your job is to report objectively, he added, “at least be passionate about getting it right.”

Murdock also offered advice on freelancing. When they find a good story, he said, journalists should focus on getting it written, not getting it published; craft good copy and then find it a home.

For those starting out in the profession, Murdoch advised journalists to consciously build a network of good people.

Drawing on his experience with many media outlets, the conservative movement, and think tanks such as the Cato Institute, Murdock said that his own success as a commentator was built in part on his involvement in these different worlds. Whether you’re an op-ed writer or a straight news reporter, knowing people in different professional sectors helps build a strong career, he said.

In planning his career, Murdock hadn’t relied on five- or 10-year plans, he said. Instead, he relied on the connections he had made and cultivated.

“Be a good person, surround yourself with good people, and await pleasant surprises,” he said.

If you’re seeking a job, scholarship, grant, or other opportunity, he noted, you may be surprised at what you can get if you ask politely.

But networking, he counseled, is “a broad, two-way street – not a one-way alley.” Fruitful relationships are built by handing out business cards, remembering birthdays, and looking people up when you’re in their town.

“Think of these folks as friends, not just sources for resources,” he said. “Don’t just take. Give.”

“There’s no limit to the good we can do,” Murdock said, “if we merely introduce our friends to each other.”

Murdock is a member of The College Fix advisory board.