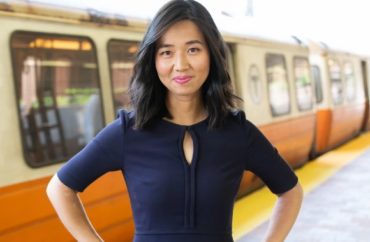 The mayor of Boston wants a Catholic college in a nearby city to establish a “resource center” for people who embrace their homosexual or gender dysphoric inclinations.

“It is such an honor to have so many prominent officials publicly show their support for queer and trans students at BC,” the group stated on Instagram. “LGBTQ+ students at BC deserve to be fully supported during their time at the school and BC continues to fail to live up to its responsibility to do this.”

“It is time Boston College recognized the equal dignity of LGBTQ+ students and heed the calls to approve an LGBTQ+ Resource Center,” a Change.org petition circulated by a group called BC Equality stated.

The Jesuit college is located in Newton, a city outside of Boston. Several Newton city council members also signed the petition, according to campus paper The Heights.

The center “would foster a strong sense of belonging and security among Queer and Trans students” and “serve as a tangible sign of inclusion and care offered to LGBTQ+ students.”

The College Fix asked Mayor Wu’s office via email why she chose to sign the petition and if she had any concerns it would look like she was using her political power to pressure Boston College.

BC Equality student leader James Mazareas told The Fix on Instagram he would email responses to questions but has not provided answers in the past two weeks. The Fix asked for information on what services the center would provide and how its support for LGBT resources squares with the teachings of the Catholic Church.

MORE: The choice is between ‘Pride Month’ or Christ, Catholic professor says

Boston College spokesperson Jack Dunn has not responded to two emailed requests for comment on the petition sent in the two weeks.

LGBT activists at the Catholic college also want “gender-neutral housing” where men and women can live together in the same dorm.

“Gender-neutral housing places no restrictions on student housing, specifically traditional gender binary restrictions,” a separate petition stated. “This means that people of all gender identities and expressions can live together. This provides a safe and inclusive environment for all people.”

“The traditional housing system is archaic, heteronormative, and limits the Boston College experience for many students,” the activists wrote.

The Catholic Church teaches that same-sex activity is sinful. It also teaches that gender is immutable and no one can change his or her sex. The promotion of same-sex unions, transgender surgeries or puberty blockers and other desires of LGBT activists is also considered sinful.