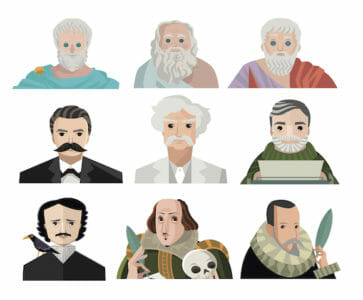 Located in the South Bronx, Hostos Community College is in the middle of the poorest urban congressional district in the United States.

Hostos aims to improve the quality of life for its 6,500 students who seek to escape poverty through education.

In that spirit, Hostos professors Gregory Marks and Andrea Fabrizio are spearheading a unique initiative to broaden the horizons of students at Hostos. The two English instructors, along with other faculty members in the school’s English department, say they understand the importance of teaching these students about the greatest thinkers Western Civilization has to offer.

With that, these professors are at the helm of a project to bring elements of Columbia College’s 100-year-old core curriculum to Hostos.

“We feel as though the Core builds on the Hostos Mission,” Marks told The College Fix via email, “which is geared toward the South Bronx community. It is a diverse community in an underserved area of NYC. We felt that these students, who struggle with fundamental academic skills of reading and writing, deserve to be exposed to the same material and human questioning as students attending selective private colleges such as Columbia University.”

Among the most important goals of the program, according to Fabrizio, is “encouraging thoughtful, self-knowing reflection on these foundational texts among our students.”

For the professors, that goal has been realized through the implementation of the core, which has “fostered a real community among the faculty and then among the students,” according to Marks.

“Part of it is just the simultaneity of studying the same texts—there forms a unity and a language that helps learning, whether it’s over-worked faculty getting together to discuss how to teach Douglass, or students getting together to study for the Plato in-class essay.”

The syllabi of the two courses incorporating the core curriculum reveal a broad survey of the classics of the Western canon: Plato, Socrates, the Odyssey, the Declaration of Independence, W.E.B. du Bois and numerous other authors and works of literature are studied.

“The purpose of this class,” the syllabus for English 110 declares, “is to engage in the writing process through the study of key questions about what makes us human.”

The professors chose to add material to the existing introductory courses rather than create new courses because it would be a waste of time and energy to reinvent the wheel.

“One of our colleagues referred to our approach as ‘Trojan horsing’ the existing curriculum,” Fabrizio said.

As of last year, the core program included 19 sections of about 28 students each for a total enrollment of over 500.

“The program has enjoyed much support from the Office of Academic Affairs, and a few other sources within CUNY,” Fabrizio told The Fix, “and looks forward to continuing helping college students of the Bronx.”