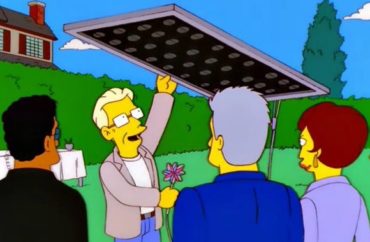 Brown University is known for its paucity of free thought and viewpoint diversity, and it’s hoping another omission will be just as popular with students: fossil fuel investments.

President Christina Paxson wrote to the community Wednesday to announce the Ivy League school was approaching the end of its divestment from “companies that extract fossil fuels.”

Specifically it has sold off 90 percent of those investments, with the remaining investment being sold off “as it becomes possible to do so,” the university said. Fossil fuel investments now comprise “less than 1% of the portfolio.”

Paxson opened her letter with religious fervor, declaring that “without a rapid transition away from fossil fuels on a global scale, it will become impossible to avert disastrous consequences for humans and the natural environment worldwide.”

The private institution declared a year ago that it would reduce its campus emissions by 75 percent by 2025 and reach “net zero” by 2040, and “[w]e are on our way to achieving these goals,” Paxson said.

Paxson portrays the divestment from fossil fuels as a sound financial move rather than a quasi-religious purification rite, claiming that “as the world shifts to sustainable energy sources, investments in fossil fuels carry too much long-term financial risk.”

It’s also making its Environmental, Social and Governance standards “more rigorous over time” so that its investment decisions will be increasingly made not on financial grounds but on the morality of the moment.

Paxson concludes the letter with a coded plea to students and employees to not shut down campus with environmental protests:

Although there is a clear consensus in our community that climate change is an urgent threat, there are multiple views —and at times fierce disagreements — about the best political, social and technological strategies and tactics to employ to move the world away from fossil fuels. There is no place better than a university campus to discuss and debate these disparate views, and I look forward to the conversation as it evolves in the months and years ahead.