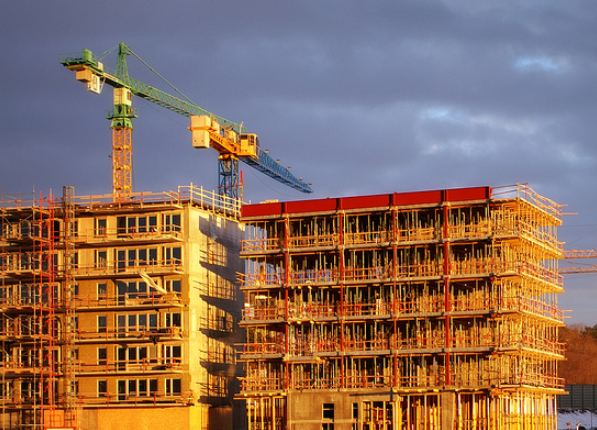 The infamous anecdote that Nero fiddled while Rome burned could today be aptly applied to the never ending, massive campus construction projects universities across the nation undertake despite the growing higher education bubble.

Public and private universities consistently raise tuition rates and carelessly strap students with college debt – all the while they continue to construct costly new facilities with taxpayer and tuition dollars in what many have dubbed a campus “arms race.”

The ratcheting affect of building costs – which start as low as $15 million to as high as nearly half a billion dollars – appears to be a race to find out which university, in hopes of enticing as many researchers and students as possible, can land the most expensive stadium or science facility in the country.

The gloves are off and wallets are open, but students are tapped out, as tuition rates have ballooned exponentially over the last decade and college loan debt is at an all-time high.

So these new campus facilities, and the expense they incur, will surely be an additional financial albatross around the proverbial necks of the universities that build them, and the burden will fall on taxpayers and students.

Among the more dubious spending measures that universities have taken on as student loans balloon out of control – interest rates on federally subsidized loans just doubled this month – include at the Massachusetts-based Amherst College, which had launched an ambitious attempt to beautify and update its smallish campus.

To that end, it had inked a deal to build a massive, 220,000-square-foot, glass-and-steel building to house its math and science laboratories. However, the college president, Carolyn A. “Biddy” Martin, among other leaders at Amherst, this month decided to scrap the entire project because of its ballooning expense: the cost quickly spiraled out of control, reaching $19 million before construction even started in earnest.

Other examples include the private, Christian Baylor University, where regents last year approved the construction of a $250 million, 45,000-seat sports stadium. Its creation is being funded, in-part, by a sizable donation from former Houston Astros’ owner Drayton McLane Jr., and from $35 million in public funds.

Even with one of the largest private donations in Baylor history, the university still had to secure a massive tax subsidy before the regents would approve the stadium’s construction, which is 20 percent complete.

Not to be outdone by Baylor, the University of California-Berkeley decided to build a new stadium of its own—at the high price of $445 million – nearly half a billion dollars. But now it appears that the university—even with trying to sell some luxury seats at between $45,000 and $250,000—will not be able to recoup the cost of the stadium.

Some observers say the project should never have been launched in the first place.

Meanwhile, Michigan State University is using more than $30 million in state subsidies to help fund the construction of a $60.8 million bioengineering building. The school’s Vice President Stephen Hsu said the facility will “attract more competitive, nationally funded projects”; it will also, presumably, help the university compete for faculty and staff.

By the way, Michigan State University last month approved a nearly 2 percent tuition increase, continuing a trend that has lasted for years.

At New York University, which has some of the highest tuition rates and the most indebted graduates, officials are now buying large plots of real estate in order to build out. Many professors and observers have been critical of the university’s decision to expand, pegged to cost several billions dollars over ten years.

The added expense will likely get shifted to higher tuition rates and less financial aid—which would be a bitter pill for many already heavily indebted NYU students to swallow.

NYU graduate Shashika Gunawardana, who graduated with nearly $150,000 in school debt, told The Huffington Post she thinks “they should put more money back into scholarships for students instead of expanding.” Many New York University faculty and staff members have shared similar sentiments, according to various news reports.

The irony of it all: a recent study has found fancy new buildings do not attract students.

“Universities and colleges may be competing to build such perks as climbing walls and fancy dormitories, but the ‘arms race’ over residence halls, food services, and fitness centers is having little effect on college applicants’ choices,” states an article on The Hechinger Report, an education news agency.

“Conducted before and after the economic downturn by economists Kevin Rask of Colorado College and Amanda Griffith of Wake Forest University, the research says students are more interested in price and prestige than in amenities,” the article stated.

Sara Goldrick-Rab, an associate professor of educational policy studies and sociology at the University of Wisconsin-Madison, sums it up nicely in a piece on The Daily Beast:

“Goldrick-Rab said driving down the price to attend college, not making it easier to finance massive tuition, should be the focus of the debate in Washington. She testified to the Senate in April that many college campuses have become “glorified summer camps,” made downright luxurious in many cases by universities engaging in an arms race to have the most impressive bells and whistles for prospective students, parents, and college-ranking publications.”

It’s only a matter of time before the house of cards – a.k.a. the higher education bubble – bursts.