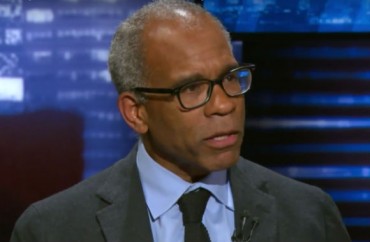 The black Harvard Law School professor of race relations is so thoroughly committed to accurate teaching, no matter the sensitivities, that he used the racial slur 16 times in a letter to his colleagues at Harvard and Stanford law schools, republished by the legal blog The Volokh Conspiracy.

Kennedy was responding to several incidents of faculty under fire or formal university investigation for quoting “nigger” unedited from reading materials, most recently Stanford Law’s Michael McConnell, a former federal appellate judge. It’s not the first time he’s criticized university leaders for punishing faculty for their pedagogical use of the slur.

And Kennedy says that if law faculty are going to savage his white colleagues for the “pain [they] inflicted” on students, “no matter the context or the intention of the speaker,” they’ll have to savage him too:

This controversy seizes my attention because, for pedagogical reasons, when teaching, I sometimes give voice to the term “nigger.”  I do not “use” it in the sense in which “use” of the term is rightly condemned. I do not bandy it about gratuitously, much less to taunt, threaten, demean, or insult anyone. But I do quote the term out loud in an effort to drive home to audiences the pervasiveness of anti-black prejudice and, more specifically, the way in which this troublesome word has been an integral part of the soundtrack of American racism.

He expects N-word controversies at Stanford and other law schools to invade Harvard at some point, endangering his own pedagogy, so “partly for reasons of self-protection” he must explain his defense of quoting the slur.

Censoring “nigger” with the N-word not only “veils or mutes an ugliness that, for maximum educational impact, ought to be seen or heard directly,” but it also renders the next generation of lawyers ignorant of the “lexicon of American culture,” Kennedy argues.

Law schools are in some sense encouraging students to feel hurt, creating a snowball effect that leads to ever-greater demands to censor faculty, “perhaps by dint of threatened punishment.”

Yet there is “no good reason to feel hurt,” he continues, explicitly disagreeing with McConnell and the University of Chicago’s Geoffrey Stone for agreeing to stop using the slur in context.

Even if it’s prudent to accept that “there is a sufficient basis in the protest to overcome a considered pedagogical judgment” about the usefulness of “airing the American language’s paradigmatic racial slur,” the self-censorship may backfire, he warns:

I note, though, that it occasionally fails to obtain the settlement that its initiators undoubtedly sought to obtain as the gesture is scorned. Instead of being seen as a sign of good will, the gesture has been seized upon as a confession of error and deployed as an additional basis for attacking reputations unjustifiably.

And he will not be cowed when the triggered mob comes for him, Kennedy emphasizes:

My remarks are not the result of a transient, ethereal concern. They stem from a deep well of experience, study, and practice. I am a sixty-five year old African-American man born in South Carolina. My parents of blessed memory were refugees from Jim Crow oppression. They were branded as “niggers.” And I have been called “nigger” too.

And he refuses to use his “privilege” as a black man to say that he, and not his white colleagues, has “more leeway” to use the word. That would represent “a profound violation of sound scholarly procedure.”