Samuel Abrams has become public enemy No. 1 at Sarah Lawrence College for publicly stating (with statistics) what is blindingly obvious (anecdotally): student-facing administrators are overwhelmingly liberal, and it might be a problem for intellectual diversity in the student body.

A group of students even released a (literal) laundry list of demands in response to the campus environment that supposedly tolerates this moderate professor of politics, including that they and “faculty members of color” review Abrams’ tenure.

Wondering why Abrams (below) hasn’t received more support from the community, as opposed to academic freedom groups, for doing nothing more than sharing his research?

He writes in Minding the Campus that he’s received about 200 letters from current and former SLC students “who have been horrified by these developments but are simply living in fear of dissenting from the progressive mob”:

One student wrote that “A lot of students are indeed on your side. A lot of students think this whole situation is preposterous. But I guess we are afraid to stand up and say something to those affected.” Another student stated that “many of my classmates are afraid to play devil’s advocate against leftist rhetoric because of what their classmates will assume about them” noting that when this student waded into a discussion that the “social blowback was insane.” 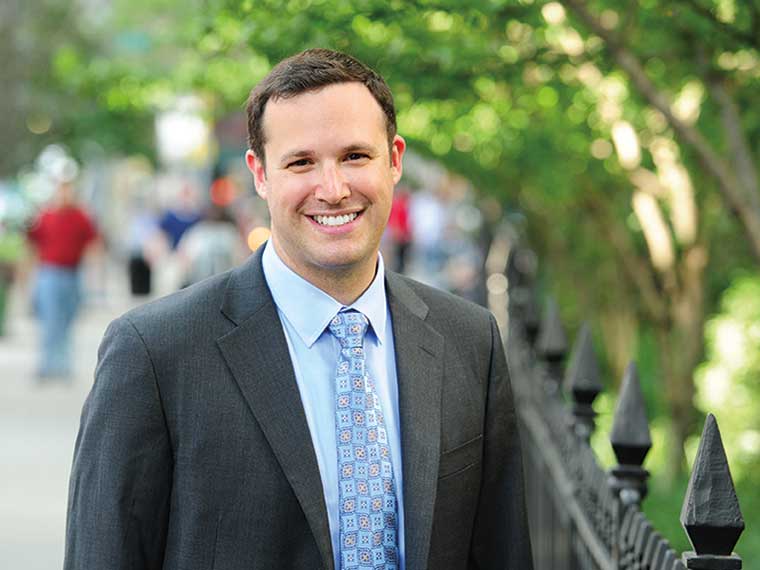 Abrams notes his family has been threatened and his personal property destroyed in response to his New York Times op-ed, but he wants to make clear that the Sarah Lawrence response is not unusual nationwide.

It is just another “devastating case of ideological bullying,” as reflected by letters Abrams “regularly receive[s] from students around the country,” he writes – and it’s not just self-described conservatives living in fear.

He notes that Yale University’s Buckley Program found last fall that a majority of undergraduates of all political persuasions have “felt intimidated” in sharing their views in class “because they were different” than those of their peers.

“The narrative here should give all stakeholders in higher education pause – from trustees and parents to faculty and students – because the ability of students to dissent on college and university campuses is disappearing,” Abrams writes.

Higher education is “close to a crisis that we must avoid: viewpoint diversity dies when we cannot challenge others and we are bullied into silence and conformity.”