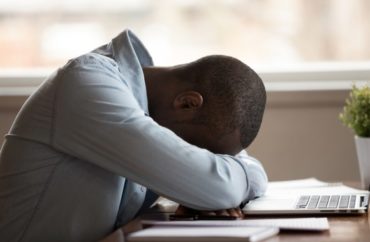 Attempts to increase colleges’ level of racial diversity may not be having their desired effect, according to a report by the Center for Equal Opportunity.

“Campus Diversity and Student Discontent: The Costs of Race and Ethnic Preferences in College Admissions” was written by researcher Althea Nagai, who also wrote a 2018 CEO report on Asian Americans and affirmative action in admissions.

It seeks to answer whether years of academic race-based affirmative action programs have actually helped the demographics they claim to.

The report claims that academic disparities enabled by race preferences “continue throughout college,” reflected in the disproportionate dropout rate from STEM studies by “academically mismatched students,” according to a summary.

Campus diversity initiatives are not only correlated with “greater alienation” by black students, but also with “a general sense of campus discontent among non-minority students and faculty,” it says.

The study and its findings are particularly timely due to the Supreme Court considering whether to review Harvard’s “holistic admissions” system, which allegedly discriminates against Asian Americans and whites, a spokesperson for CEO told The College Fix.

The high court “has only ever commented on the ‘compelling’ benefits of diversity” that make racial considerations appropriate for admissions, the CEO spokesperson said: The group “wanted to explore costs associated with using race as a factor.”

The think tank also hopes its research pushes back on “the contemporary movement to reduce or eliminate the academic standards required for admission to schools.” 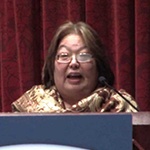 The review by Nagai (left) shows that “otherwise smart and energetic applicants are likely to fall victim to problems of mismatch” if more selective institutions admit them without regard to their academic records, the spokesperson said.

They have a better chance of succeeding at institutions where they are “among the pool of applicants with the strongest academic credentials and preparation.”

The CEO study uses logistic regression analyses to determine the amount of racial preference given to underrepresented minority applicants, generally referring to blacks and Hispanics.

For example, the “odds ratio” for black and white applicants was nearly 7 to 1 at UVA and nearly 20 to 1 at William and Mary, also in Virginia.

The biggest losing demographic in the finding was Asian Americans, which had worse ratios relative to whites at both Virginia schools. At Harvard, being Asian American was a statistically negative factor.

Post-admissions, these preferential decisions can lead URM students to experience difficulty in their major of choice, particularly in STEM, according to the report. These students disproportionately leave STEM majors, take longer to graduate and, in some cases, leave college entirely.

The study goes in depth on academic mismatch on URM students at Duke University, based on a 2011 study by one of the expert witnesses for Students for Fair Admissions, the plaintiff in the Harvard challenge.

“[H]ad they known about the extent of the mismatch, many Duke URMs said in retrospect that they would have enrolled elsewhere,” the CEO study summarized. The Duke study authors recommended universities tell prospective students where they “stand relative to the rest of the class” so they can make better choices about where to enroll.

In addition to these academic struggles, students’ personal and social lives also take hits, according to the CEO study.

Citing 2004 research at an unnamed “major, multiethnic university,” it said students who join “racial/ethnic organizations” and Greek-letter organizations show similar attitude changes: “a sense of racial/ethnic relations as a zero-sum game and an increased sense of group victimization.”

This and other studies show that “campus diversity” is associated with feelings of victimization and alienation among URMs, “social self-segregation,” resentment, reinforced “feelings of injustice,” and lower levels of student happiness on average.

“These are not the expected benefits flowing from diversity,” the report says, referring to the Supreme Court’s rationale for allowing race preferences in admissions.

Campus discontent was not limited to URM students. The report found that “[g]reater numerical diversity” was associated with faculty dissatisfaction with students’ pre-college preparedness and work ethic, as well as the quality of education their institutions offer.

It’s not enough for “pro-diversity researchers” to achieve diversity by numbers, which is just the “pre-condition” for inclusion policies such as hiring more URM faculty and making a more “inclusive curriculum,” author Nagai (left) writes.

Academically mismatched URM students are prone to experience a high degree of “grade shock” – the disproportionate difference between expected and obtained grades.

Citing the Duke study, the report says large first-year grade shock leads to greater “student discontent with their final major, the greater their general unhappiness, and the greater their negative feelings towards the university.”

To explain why academic mismatch is such a death knell for many URM students, the report cites research on first-year UCLA students that started a year before California banned race preferences.

In general, the psychologists found that “pre-collegiate qualifications were the largest predictors of psychological issues in college.” When URM students with substantially lower SAT scores than whites were admitted by UCLA, greater discontent, grade shock and disappointing college experiences were the results.

This downward spiral continued even further in a phenomenon known as “academic discounting and disidentification,” with black students in particular mentally downgrading the importance of higher education and the academic community.

The assumption in the Supreme Court’s affirmative action decision Grutter v. Bollinger is that greater racial diversity would lead to a more vibrant college environment, but even supporters of this regime admit it has failed, the report claims.

It quotes Mitchell Chang, a diversity advocate at UCLA, as admitting 10 years ago: “Increased proportions of underrepresented racial minorities fail to yield the educational benefits.” A political science survey of more than 4,000 academic personnel, which started in 1999, concluded that “the conventional wisdom, that educational benefits come from greater diversity, could not be shown.”

While academic diversity programs purport to uplift and strengthen the student community, Nagai notes that “the costs and benefits that flow from a diverse student body are empirical propositions.” Studies show that “positive outcomes of campus diversity are seldom obvious while the costs are many.”