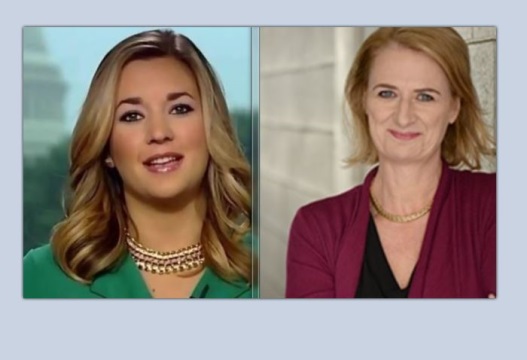 Conservative female investigative reporters Katie Pavlich and Ann McElhinney are unimpressive nonacademics whose speaking honorariums are too high and credentials too unremarkable to pay to have them give talks at University of North Carolina Chapel Hill this fall, members of the school’s student government have agreed.

Despite pleas from College Republicans to finance the speeches, which would have cost about $8,000 from UNC’s student programming coffer of $124,000, a majority of student government members voted Tuesday night against funding the campus visits, with several members voicing concerns that Pavlich and McElhinney aren’t worth the price.

On the same night, UNC student government representatives tapped the anarchist group “UNControllables” to receive $4,000 to fly in a social justice crusader/academic from South America to speak on campus, and the feminists group Siren Womyn Empowerment Magazine was allocated $5,100.

Pavlich is news editor for the popular conservative website Townhall.com, as well as the award-winning author of the New York Times bestseller “Fast and Furious: Barack Obama’s Bloodiest Scandal and Its Shameless Cover-Up.” As a reporter, she broke the so-called fast and furious scandal, and has also covered the White House, the 2012 presidential election, and Second Amendment and border issues.

McElhinney, co-producer of the feature documentary “FrackNation,” is well-known as a debunker of extreme environmentalist claims. As a filmmaker and investigative journalist, she has produced documentaries for BBC and written for various newspapers covering countries including Indonesia, Romania, Vietnam, Cambodia, Uganda, Madagascar and Uzbekistan. She has appeared on an array of international media organizations including ABC, BBC, CBC (Canada), ABC (Australia), RTE (Ireland) and Fox News, and is a regular guest on talk radio shows and at conferences across America.

Several UNC Chapel Hill student government representatives, however, dismissed the women as lackluster, and said they would serve no educational purpose by visiting the campus and talking to students.

“My concern why I supported removing this is that the educational value – her work has been called  … ‘unreliable as a Wikipedia page,’” ​ vice-chairman of the student congress finance committee Austin Root said regarding McElhinney, citing a two-paragraph review of “FrackNation” in the New York Daily News.

Another member of the finance committee, student Rep. Harrison Touby, took a shot at the women by saying “we’re talking about $5,000 for a lady who made a movie, and $3,000 for a contributor to Fox News. That is a lot of money for two non-academic speakers to come to an academic university to speak.”

“It has nothing to do with political party,” he added. “I couldn’t support even spending $3,000 on a contributor to any news organization; you can get professors, political campaign runners, politicians – you can get them for much less than $3,000. … We’re cutting what we believe to be the cost of a speaker that may not actually be beneficial to the university.”

The amount of their speaking fees and the validity of their biographies became the recurring theme during the contentious meeting, with phrases such as “non-intellectual,” “no value,” and “costs too much” often tossed around.

But at least one student government representative on the finance committee, Chairwoman Brittany Best, defended the conservative female investigative reporters, telling her peers their fees don’t seem exorbitant, adding: “I think we need to caution ourselves … These are well-known speakers in the conservative community and I don’t think this is a large amount to pay for speakers that would bring a lot of interest.”

Best suggested paying for both speakers wouldn’t bankrupt the student congress budget, that after doling out cash to plenty of campus groups already they still had about $90,000 left in the bank.

“What we set out to do is promote intellectual diversity and bring more opinions to this discussion,” said 21-year-old junior Peter McClelland, president of the College Republicans at UNC Chapel Hill.

He went on to cite the university’s student code, which calls on campus leaders to promote a diversity of ideas and opinions with its student-fee-bankrolled budget. The student congress oversees how student government fees collected annually – $39 from each of the university’s 29,000 students – are used.

McClelland, a member of the student Congress who abstained from voting on the issue, said he believes well over 100 students of all stripes would attend each speech – not just College Republicans.

“We are one of the few groups that promotes this opinion, and getting every side is what liberal arts is about,” McClelland said.

In the end, the student Congress voted 21 to 1, with three abstentions, to allocate only $3,000 to College Republicans, $5,000 less than what the group sought. Now College Republicans are scrambling to determine how to continue with their plans to bring in the two guest speakers.