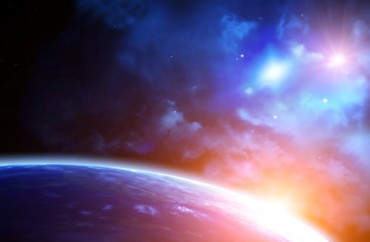 The notion that the universe was created in six days is too offensive to be presented to readers, the Boise State University student newspaper recently decided.

Leaders of The Arbiter campus newspaper rejected a request by a creationist group to purchase ad space in its pages, stating “many of their claims could be construed as overtly belligerent to our readership.”

Belligerent – defined as “hostile and aggressive” – was the word used by The Arbiter to describe the views behind a proposed ad meant promote an event at Boise State University billed as a creation versus evolution debate, asking “God vs. Science? Or does science actually side with Scripture?”

The first night of the event was a lecture called “How Big Is God” presented by the founder of the Christian astronomy group 4th Day Alliance.  The second night featured a lecture by a former engineer in the military space program described as an atheists-turned-creationist. His lecture was titled “Physics Disproves Atheistic Cosmology.”

Co-sponsored by the Northwest Science Museum and Creation Summit Ministries, it was hosted at Boise State on Sept. 14 and 15.

It was the event’s controversial subject matter that influenced the paper’s decision to deny an advertising request, Editor-In-Chief Justin Kirkham explained in a recent editorial, saying he believes the “ideology behind the decision is more than solid.”

“When approached by The Origin Summit, our sales and advertising manager, Phil Daily, combed through the group’s website and found that many of their claims could be constructed as overly belligerent to our readership. After conferring with Daily, Connor Jones, student media business manager, decided not to run the ad,” Kirkham wrote.

Kirkham did not elaborate on what specific views of Creation Summit that The Arbiter found belligerent, but further wrote that the paper avoids running ads from religious groups.

According to a statement on the 4th Day Alliance website, its members believe “God created all things in six days as recorded in Genesis.”

“If we run ads from one religious group and reflect their views, it is only fair that we offer the same chance to all groups. This is something that we aim to avoid,” Kirkham wrote.

Creation Summit leaders expressed disappointment with The Arbiter’s decision, felt like they were censored, and considering suing the student newspaper.

“If the paper had said, ‘Sorry, our ad space was all sold-out,’ that would have been one thing. But that’s not what they said. They told us that our content wasn’t acceptable,” Creation Summit Executive Director Mike Smith told Boise Weekly.

In an email last Thursday with The College Fix, Smith said he would consult an attorney to see if his group has a case that it could bring forward.

“Litigation can be very costly and we don’t have funds set aside for this, but, if our attorney is willing to donate his time, it could happen,” he said.

But on Friday, he confirmed to The College Fix that the group’s attorney found it had no basis to bring forth a lawsuit.

Though, Smith said the attorney believed that Engage Truth, the student campus group at Boise State that helped sponsor the event, would have legal ground to sue, but it’s extremely unlikely the group would bring forth a case. Engage Truth is standing with The Arbiter in supporting the paper’s decision to deny advertising, according to Kirkham’s editorial.

Kirkham, for his part, wrote he believed the law was on the paper’s side, citing the Student Press Law Center’s explanation on the issue.

For public schools, the center explains that student papers have the right to reject advertisement as long as it is the students making the decision and not school officials, it states on its website.

Seth Ashley, The Arbiter’s adviser, concurred with this explanation.

“The law is clear on this. Student editors are empowered to use their editorial judgment in deciding what to print, and that includes ads,” Seth Ashley, a professor in the university’s department of communication, told Boise Weekly.

“The student leaders at The Arbiter have the freedom and the responsibility to make decisions on both advertising and news content in the student paper,” the university said in a Sept. 8 statement.