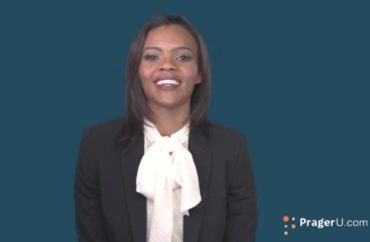 NEW BRUNSWICK, N.J. — When asked if she would run for president, Candace Owens channeled her inner Donald Trump — she said she wasn’t planning on it, but she wouldn’t rule it out if she felt her country needed her.

This sentiment was expressed at a Turning Point USA event at Rutgers University as Candace Owens and Charlie Kirk spoke at the New Jersey campus as part of the group’s nationwide Campus Clash tour.

Their talk lasted two hours and covered a wide range issues, from the 2018 midterms to Kanye West to the confirmation of Brett Kavanaugh to the Supreme Court, before a crowd of roughly 100 students, faculty and community members.

The talk started out by addressing Kanye West’s recent appearance in the Oval Office. Kirk praised West, saying that he believed West had exhibited “an extraordinary amount of courage.”

“I think he said more wisdom in ten minutes than I heard from Barack Obama in eight years,” Kirk joked.

They also addressed the Kavanaugh confirmation process, and Owens reiterated her past criticisms of the #MeToo movement, especially in the wake of the hearings and potentials for false accusations.

“I hate, hate, hate the Me Too movement,” Owens said. “I’m very vocal against it. There are women who understand how detrimental it is to our sons and our fathers and our future husbands, our current husbands. It’s going to take strong women to defend them at all costs against the Left and their crazy antics.”

She said that what happened to Kavanaugh was “disastrous.” “But you know what? We won,” she said, following with a comment that she was going to wear her “#HimToo” shirt but couldn’t find it.

The pair then proceeded to discuss Turning Point’s three major pillars: beliefs in American exceptionalism, the sacredness of the Constitution, and the importance of capitalism and free enterprise.

Owens spoke extensively about her own experience with her grandfather, who she says worked on a sharecropping plantation and was the victim of several racist attacks from the KKK.

“My grandfather was never a victim,” Owens told the crowd. She said that he encouraged her to never view herself in that way, and criticized what she perceives as a general sense of victimhood that pervades parts of American culture.

Owens also spoke about meeting with former NFL player Jim Brown, who made public comments supporting President Trump early in 2017. She used this meeting to transition into a larger discussion about priorities in the African-American community.

Owens was generally critical of leftist attitudes toward African-Americans who dissent from party lines about President Trump. She pointed to the fact that the expansion of food stamps under President Obama was met with applause from the Congressional Black Caucus, while President Trump’s claims of record-low black unemployment is met with silence from the caucus.

“During the State of the Union address, when Trump announced black unemployment at an all time low, the black caucus sat down. There was no applause whatsoever. They looked angry. And yet when Obama was in office and they announced more food stamps, they stood and gave a standing ovation,” Owens said.

“That’s problematic — when they are applauding dependency and sitting down and sulking when you talk about Americans becoming independent,” she said. “Everyone needs to understand that, most especially the black community, which I think has been harmed the most by Democratic policies since the 1960. And that was by design.”

This culminated in a general condemnation of identity politics and its effect on minority communities. Owens spoke extensively about the importance of empowering minorities, and of not making them dependent on government welfare.

Kirk discussed the organization’s second pillar, which is a reverence for the U.S. Constitution. He described it as “the greatest political document ever written,” and spoke specifically about the First Amendment and the weaponization of freedom of speech.

Owens called accusations that she is a white supremacist and a Nazi sympathizer absurd, and an effort to divide people.

“In order to control a group, you divide them,” she said.

The two also mentioned what they see as the left’s desire to make people dependent on the federal government for help by incentivizing the wrong things. Owens specifically pointed to a tax credit for single parents, saying that this was incentivizing people not to get married.

“As soon as government becomes the biggest thing in [someone’s] life, the Democrats win,” Kirk said.

The third pillar is that capitalism and free enterprise are both valuable and important parts of society, and that wealth creation is not a zero-sum process. Both Kirk and Owens criticized a culture of permanent victimhood, and said people are more likely to blame power structures than they are to take responsibility.

The two then took a large number of questions from the audience. One progressive student asked the pair about free speech, and argued that the concept had been weaponized by people on the right.

The student specifically pointed to the existence of the Professor Watchlist, a website run by Turning Point that catalogues professors who discriminate against conservative students and advance liberal dogma in the classroom. The student argued the watchlist has a chilling effect on free speech.

Kirk defended the Watchlist’s existence. He said that if professors are afraid of having what they tell their students become public, then they should reconsider saying them in the first place.

He also defended the list against accusations that it was bad for academic freedom and liberalism. He pointed out that there is a difference between leftism and liberalism, and that the watchlist attempts to hold professors accountable who do not live up to standards of classical liberalism.