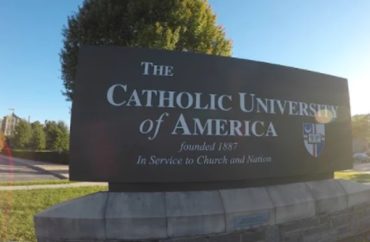 The plan covers abortions in cases of rape, incest or ‘serious danger’

The Catholic University of America is currently challenging a mandate under Obamacare that it pays for contraception — but the school won’t explain why it’s paying for abortion in the student health insurance plan.

The D.C. university, the only American Catholic college founded by bishops, is recommended by the Cardinal Newman Society as a faithfully Catholic college. Yet CUA continues to cover abortion in its health plan in cases of rape and incest. It did so for the 2019-20 plan and the 2020-21 school year too.

CUA’s health plan through Aetna covers abortion “when the pregnancy is the result of rape or incest or if it places the woman’s life in serious danger.” But the school denies that its plan does cover the deliberate killing of a preborn child.

“We don’t provide abortion in our health plan,” Karno Lozoya, the vice president of communications told The College Fix in an email on Tuesday morning. “We’ve asked Aetna to update the policy ASAP,” Lozoya said, after publication of the article.

The Fix asked how abortion coverage went unnoticed for three years and if anyone at the school is responsible for reviewing insurance policies on a regular basis.

“We have removed abortion completely from our plan,” Lozoya said in a follow-up email. “The change will be reflected soon on our website. In speaking with some senior administrators, it just didn’t make sense to us that this was in our plan. I will share more information with you once we have it.”

The university previously ignored a number of attempts to ask for comment and information prior to publication of the article.

The College Fix contacted the university’s student health department, human resources team and communications department multiple times in the past month to ask for a comment on why it covers abortion.

The College Fix also left a voicemail for Gabrielle Obusek on November 8 and emailed her and the general media relations email on November 5 and 8 to ask for comment on the abortion coverage.

The Fix asked why the university provides for abortions in these instances and asked the media relations team if the faculty and staff plan cover abortion too.

The Fix reached out to Aetna through Twitter and Instagram to ask how a university could remove abortion coverage from its plans and if there is a legal requirement for CUA to cover abortions in case of rape or incest. The insurance company has not responded to two inquiries sent in the past month.

An Aetna staff member at headquarters instructed The Fix over the phone specifically to reach out through Twitter when asked for a contact for media questions.

According to the pro-choice Guttmacher Institute, the capital city “has no provision guaranteeing or restricting private insurance coverage of abortion.”

Unlike some other Catholic universities, CUA does not pay for sterilization or contraception in its health insurance plan.

An alumna of Catholic University of America said she is surprised that the insurance covered abortion.

Stephanie Stone, a 2017 graduate and a current regional manager at Students for Life of America, said that she “did not have school insurance” and “hadn’t discussed it [the school’s coverage of abortion] with anyone.”

The 2016-17 plan did not cover abortion — the only mention is that the plan’s exclusions include “elective abortion.”

“CUA was mostly pro-life, but there was definitely some difference of thought among students,” Stone said. “I ran the Cardinals for Life club my senior year, and the school would give students off the day of the March for Life, and hundreds of students from Catholic University would go; however, we also did table and change some minds when I was there!”

Editor’s note: The article has been updated with comment from the university and to remove an inaccurate characterization of Abby Johnson’s invitation to speak at the university.