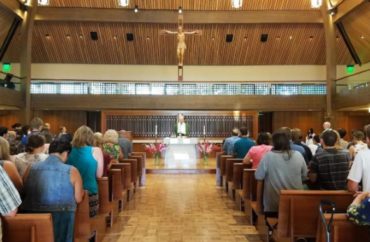 Students at the University of Portland have said they can define what the Catholic Church teaches on homosexuality. This reveals an erroneous understanding of what the truth is.

The battle of words has lasted over a month now and began with a January 27 opinion piece from a handful of students who accused the University of Portland of not respecting the “LGBTQ+ community.”

A response piece in mid-February from Benedict Mary Bartsch, a 2018 alumnus who is now in the Dominican religious order, sparked an avalanche of criticism.

“It is mistaken to believe that authentic Catholicism and the LGBTQ+ community are compatible,” Bartsch wrote.

“It certainly is the case that a form of ‘Cafeteria Catholicism,’ which claims the name Catholic and yet dissents from fundamental and unchangeable teachings of the Church that have been taught since its foundation, can be a worthy bedfellow of the LGBTQ+ community,” he wrote.

“But if we are talking about true Catholicism, then the two are further away from each other than the two poles of the Earth,” he wrote.

MORE: Catholic university instructs faculty to recognize ‘all’ genders, not ‘both’

He correctly explains that marriage is between one man and one woman, the only two sexes that exist.

There is a difference I’d add, between respect for someone who struggles with homosexual inclinations or gender dysphoria and someone who actively promotes same-sex unions or “sex change” operations or “gender affirming care.”

But for, sadly, many students at the University of Portland, they believe they can redefine Catholicism to fit their political agenda.

“Catholicism and the Bible, as has been discussed in many of my theology classes at this University, is up to interpretation,” the editor-in-chief Austin De Dios explained in an editorial.

He said this approach has helped make “some progress towards a practice of Catholicism that is more open, accepting and ready to acknowledge the reality of today’s society.”

But this has not convinced him personally, because he says he is agnostic.

He defended publishing Bartsch’s piece, though he called the Dominican’s views “ignorant.”

“Our job is not to condemn the ignorant — it is to guide them towards a better truth,” he said, in what is actually an ignorant statement, as if there is a worse and better truth, and not just the truth.

Student Eli Robinson seemed to agree. “Arguably, there is no ‘authentic Catholicism,’ save for the Catholicism we choose to create in our time, the one that has adjusted to our needs to be authentic to us,” Robinson argued in a February 22 article.

“[T]he core of Catholic teaching is dignity for the human person and this value has always been present in teachings of the Catholic Church,” Meckey wrote. “The people I choose to love should not dictate the level of dignity I am awarded as a human.”

While it is true that someone’s sins do not dictate his or her level of dignity, that does not mean that we can do whatever we want without consequences.

“If Catholicism values marriage and the family so much I believe all families should be welcome into this call,” Meckey said.

No matter what she “believe[s]” that does not change the truth about what marriage is – the union of one man and one woman for life for the purpose of procreation of children.

Two men and two women will never be able to produce children that are biologically theirs.

After running through a list of statements from the Catholic Church and her leaders and twisting and beating them into submission to make it fit the LGBTQ agenda, Meckey reaches the same conclusion as her peers.

“It is not lost on me that there are likely many Catholics that would disagree with this interpretation. However, my interpretation of Catholicism and specifically this teaching is one of love and acceptance,” Meckey wrote. “I believe Catholicism is about loving your neighbor no matter who that may be.”

St. Thomas Aquinas, a Dominican like Benedict Mary Bartsch, would explain it otherwise. “To love is to will the good of another.”

It is not to accede to the LGBTQ agenda that seems to be in vogue.