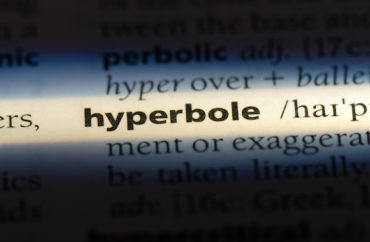 A teacher in the Chicago Public Schools recently asked “Are we going to let nice white parents kill black and brown families?”

Writing in Education Post, Mike Friedberg says Chicago is “catering to a minority of parents” — white parents — in its plan to reopen its public schools for in-person instruction.

“A new COVID-19 strain is more contagious than ever,” Friedberg says. “The Trump administration’s sheer neglect in the face of this deadly pandemic is enraging. Federal inaction has cost lives, and we are far from getting back to daily normal life.

“Schools are no exception to this situation. Given the plans to offer vaccines to teachers over the next several weeks, it does not make sense now to force children and staff back into the building.”

Friedberg claims there’s a “new breed of ‘nice white parents’ emerg[ing]” in Chicago who are undercutting the concerns of black and Hispanic parents. He says he’s heard these concerns himself, and points to a CDC study showing such is a nationwide trend.

The biggest advocates for opening schools repeatedly point to Dr. Fauci’s assertion that we should be pushing for children to be in schools “as best we possibly can.” They cite research like a late December study showing that schools do not increase transmission rates. But those who share this viewpoint overlook two key factors.

First, the schools aren’t super-spreaders argument fails to explain the relationship between community positivity rates and schools. Those of us who argue in favor of delaying reopening aren’t arguing with Fauci’s claim that keeping schools open should be a top priority. But the World Health Organization points out that school positivity rates mirror those of the community.  When a community has high rates of Covid-19, the risk of school outbreaks rises. When schools are in communities with high case rates,  preventive and protective measures in schools become all the more important.

Second, many schools are not adequately equipped to take all the necessary preventive and protective measures. Here in Chicago, I have spoken with scores of teachers who do not have adequate HVAC systems in their buildings.

But according to an Education Week story from Tuesday, the latest from the CDC “add[s] to evidence that students and teachers may be able to safely return to in-person instruction, even in communities with widespread coronavirus infection” … as long as “key” safety practices are utilized: mask-wearing, social distancing and sanitizing.

“As many schools have reopened for in-person instruction in some parts of the [United States] as well as internationally, school-related cases of COVID-19 have been reported, but there has been little evidence that schools have contributed meaningfully to increased community transmission,” CDC researchers wrote in the Journal of the American Medical Association.

Friedberg, whose interests include “culturally-relevant pedagogy, project-based learning, Holocaust education and social justice teaching,” is the latest Chicago educator to offer up drama in the battle over returning to school buildings. Earlier this month, half of Chicago public school teachers did not show up for work following Christmas break due to COVID-19 worries. And during that break, an executive board member of the Chicago Teachers Union lobbied her fellow educators — from her Puerto Rico vacation spot — not to return to classes after break.