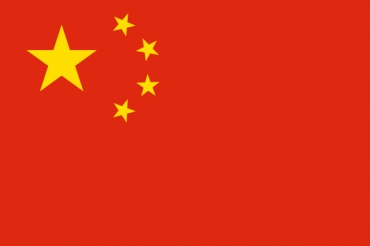 As my study-abroad roommate and I went searching for a taxicab in Beijing in shin-deep water on July 20, I didn’t think it was so bad. I had never been in a flood, much less a flood in Beijing, so I had nothing to compare it with. Radio broadcasts insisted it was only “a lot of rain,” and I was prepared to believe them. I didn’t understand why my mom kept texting me, asking whether I was okay.

About five miles from me, the flood had already begun its lethal work. Drivers had taken shelter beneath a street underpass only to have more water trap them inside. One man was electrocuted when a power line fell into the area he was swimming in. I learned about these tragedies the next morning from USA Today online…

Aside from the break in the weather, everything was the same. People made their morning commute to work, and men in hard hats resumed construction of a new running track outside my dorm. My Beijing routine continued unchanged — perhaps the most unnerving part of my whole experience with the flood.

As I write this, the death toll has exceeded 77, a number published by Chinese officials only under pressure from international advocacy groups and foreign governments, the United States included. I asked a close friend here, a Chinese student at my university, if she knew that the “lot of rain” the previous Saturday had been that bad.

“Of course I knew,” she said pointedly. “They were talking about it on CNN.”

I was floored. I couldn’t imagine having to rely on an international news source for a factual account of what was happening just down the road. That was the word she kept repeating, “facts,” zhenxiang. “The government won’t tell us what really happens, but we all know the facts. Everyone does. This happens all the time.” The nonchalance in her voice was not of indifference but resignation. Women zhenshi meiyou banfa: “There’s really nothing we can do.”

My friend proposed a possible reason for the censorship of the death toll: fear of shame. But is there shame in tragedy? Is there room for politicizing a disaster that mere mortals have no power to avert?

My mind kept returning to the shootings last month in Colorado. I felt the anguish even in Beijing, the anguish of the collective American conscience mourning fiercely for the dead and for the families they had left behind.

On the news sites, where the biggest headlines go to stories that broke only a minute ago, we are still busy remembering. There are links to fundraising drives for the injured, new information about James Holmes’s psychiatric background, an invitation to a mega-church’s candlelight vigil. Sure, the talking heads from the Left and the Right go at it: We need stricter gun control, one says; guns had nothing to do with this, says the other. But in the midst of this tragedy, the U.S. government and its citizens were united in one thing: We remembered.

My friend was quick to remind me that the Chinese people also remember, that it hurts them just as much. I believe her. From my couple of months in Beijing, I’ve learned that the Chinese, perhaps more than Americans, prioritize relationships, demonstrating a selflessness we would do well to emulate. She added, however, that remembrance tends to be private. In China, strangers would not gather to recall a public disaster. They would make no communal effort to ease the pain caused by so much loss of life. This is not because they’re indifferent, but because their government won’t allow it. And in a country whose people yearn to remember, it’s heartbreaking to see their government try so forcefully to forget…